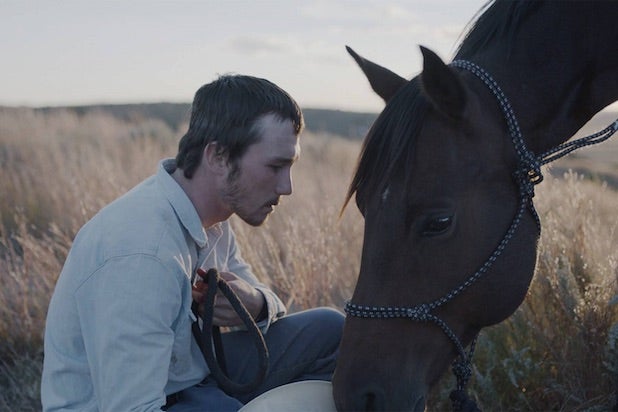 Chloé Zhao’s “The Rider” has been named the best film of 2018 by the National Society of Film Critics, which met in New York City on Saturday to choose its winners for the 53rd time. “Roma” and “Burning” were the two next runners-up.

Lead acting awards were given to Olivia Colman for “The Favourite” and Ethan Hawke for “First Reformed,” with supporting acting prizes for Regina King for “If Beale Street Could Talk” and Steven Yeun for “Burning.” Alfonso Cuarón won the prize for Best Director and for Best Cinematography for his work on “Roma.”

The National Society of Film Critics was established in 1966, with its co-founders including Pauline Kael, Joe Morgenstern and Richard Schickel. The group currently has 60 active members, 42 of whom participated in the Saturday voting in person or by proxy. Members who have not seen most or all of the contending films can disqualify themselves from voting.

For most of its history, the NSFC’s choices have been more idiosyncratic than the Academy’s, and more oriented toward foreign cinema. Recent winners have included Jean-Luc Godard’s “Goodbye to Language,” as well as “Inside Llewyn Davis,” “Amour,” “Melancholia,” “Waltz With Bashir” and “There Will Be Blood.” Greta Gerwig’s “Lady Bird” won last year.

But while only five films in the group’s first 49 years won the NSFC’s top award and went on to win the Best Picture Oscar, the critics and the Academy have agreed in two of the last three years, with “Spotlight” in 2016 and “Moonlight” in 2017.

Best Actress: Olivia Colman, “The Favourite”
Runners-up: Regina Hall, “Support the Girls”; Melissa McCarthy, “Can You Ever Forgive Me?”

Best Screenplay: “The Death of Stalin,” Armando Iannucci, David Schneider and Ian Martin
Runners-up: “Can You Ever Forgive Me?,” Nicole Holofcener and Jeff Whitty; “The Favourite,” Deborah Davis and Tony McNamara

Film Heritage Award: “To the team of producers, editors, restorers, technicians and cineastes who labored for decades to bring Orson Welles’ ‘The Other Side of the Wind’ to completion for a new generation of movie lovers.