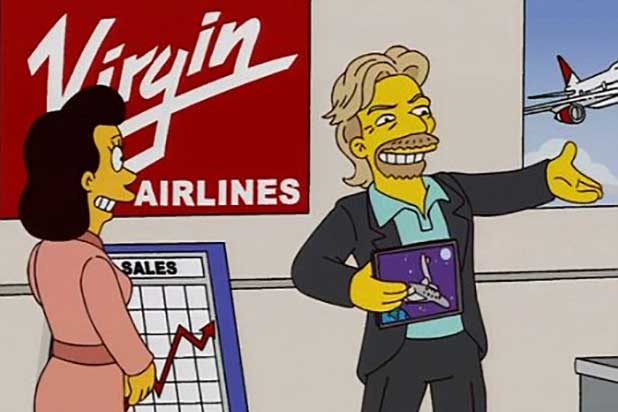 Virgin mogul Richard Branson is set to star as himself in an upcoming episode of “The Simpsons.”

See photos: Moguls on a Boat 2014: Where Rupert Murdoch, Ryan Kavanaugh, Clive Davis, Puff Daddy Had Fun in the Sun

The episode will air sometime in 2015.

As “Simpsons” fans undoubtedly remember, this isn’t Branson’s first trip to Springfield. The tycoon previously made a cameo in “Loan-a Lisa,” a Season 22 episode that also starred Facebook CEO Mark Zuckerberg as himself.