This review of “The Souvenir Part II” was first published on July 8, after the film’s premiere at Cannes.

As the British filmmaker most often compared to French auteurs, Joanna Hogg has strangely never had any of her previous films shown in France. But it’s also fitting that her latest, “The Souvenir Part II,” premiered at Cannes in the Directors’ Fortnight section.

The festival also screened Part I, which came out in 2019, enabling audiences to catch up with the action before its sequel – although sequel isn’t quite the right term for this most delicate and exquisite of follow-ups. Aftermath might be more apposite.

The first film dealt with our lead character Julie (played by Honor Swinton Byrne) and her first days at film school in 1980s London, a period marked by a relationship with the charming but raffish Anthony (Tom Burke), who turned out to be a total lying heroin addict. 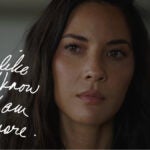 In the new film, time has gone by and Julie is completing her graduation film. She is still clearly haunted by what happened with Anthony, and she spends a lot of time trying to get to the bottom of his death. Indeed, it is still taking over her life – and instead of making the grad film she pitched to her tutors, she now appears to be making a film about her experiences with Anthony.

She’s also taking her first steps in the professional business, helping out on music videos (’80s London was a boom time for that) and with a pretentious musical being made by one of Anthony’s old school friends, a diva director named Patrick Le Mage – “You’re forcing me to have a tantrum!” – who is played with relish by comedian and filmmaker Richard Ayoade.

(This is a clear yet affectionate reference to the infamous Julien Temple-directed musical “Absolute Beginners,” which starred David Bowie and Patsy Kensit and practically ruined the already crumbling British film industry in 1986.)

Julie, who still lives in the smart Knightsbridge family pied-a-terre apartment she shared with Anthony, often returns to her country home where her posh parents indulge her, albeit in a classically frosty English manner. For a film that possesses a distinctly European flavor in its character development and light-touch direction, there are moments, of course, when it really couldn’t get more English. 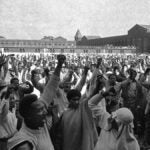 Julie’s mum, Rosalind, is played by Swinton Byrne’s real-life mum, the brilliant Tilda Swinton, and together the pair are wonderful to watch (as are Swinton’s various outfits and wallpapers). The mother and daughter dialogue is a sea of subtext and subtle gradations of love and upper-middle class resentment, which will come to a head when Rosalind presents the results of her new pottery class.

Meanwhile Julie quietly requests £10,000 to finish her film. Their family home is lovely, all beige linen and lavender in the garden and tea sets in the afternoon; there’s also a painful visit to Anthony’s still-numbed parents to give them “the last of his things”.

So “The Souvenir Part II” is haunted by its first part, as we are all stalked and formed by our past. But it’s not essential to see the first before the second, because the new film is such a delightful piece on its own terms. The making of the grad film is also the making of a young woman, but one full of arguments and egos and strange moments of clarity and madness. There’s a sweet moment in which Julie takes her editor out for a drink and asks him back to her place, having totally overlooked the fact that he is gay. And you remember how things like that were so much more tentative back then, even in London.

Using ’80s music, Hogg quietly sketches in the power of memory and its part in the creative process and the emotional process. Both films are inspired by the gorgeous Fragonnard painting “The Souvenir,” which hangs in London’s Wallace Collection, and they’re certainly works of art that do no injustice to the homage. This second part is lighter, more playful, growing in confidence along with its protagonist, in a terrific performance from Byrne. But it’s also full of gentle, cherished acts of memory – how the umbrellas hung on the soundstage wall, how pigeons flap in the rafters, how the knock sounds on her therapist’s door – that build up powerful reminders of the past. A memorable experience, indeed.