Netflix announced today that “The Umbrella Academy” Season 3 will premiere on the streaming service in 2022. The news comes on the Umbrella Academy’s birthday, as Netflix took the occasion to give fans two special gifts.

The first is the confirmation that the new season will premiere in 2022, which is great news.  Season 2 of the graphic novel adaptation premiered to acclaim in 2020, and production on Season 3 began in early 2021 under strict COVID-19 safety protocols, wrapping in August.

The second bit of exciting news is the revelation that Season 3 will take place at Hotel Oblivion, a location that fans of the graphic novel series know very well. ‘Hotel Oblivion’ is the title of the third volume of “Umbrella Academy” comics and is a nod to a location that has a connection to Sir Reginald Hargreeves. 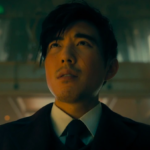 How this comes into play in the Netflix series is a mystery right now, but you’ll recall that Season 2 ended with our lovable main characters returning to the present timeline after their season-long detour in 1960s Dallas, only to realize the entire timeline had been changed. The world they stepped into was populated by a very-much-alive Reginald Hargreeves and an entirely different lineup of Umbrella Academy kids.

So it’s not hard to imagine that upon this meeting, Hargreeves could take Vanya, Luther, Diego, Allison, Klaus, and Five and lock them in Hotel Oblivion until he figures out what’s going on.

The first two seasons of “The Umbrella Academy” are currently streaming on Netflix.