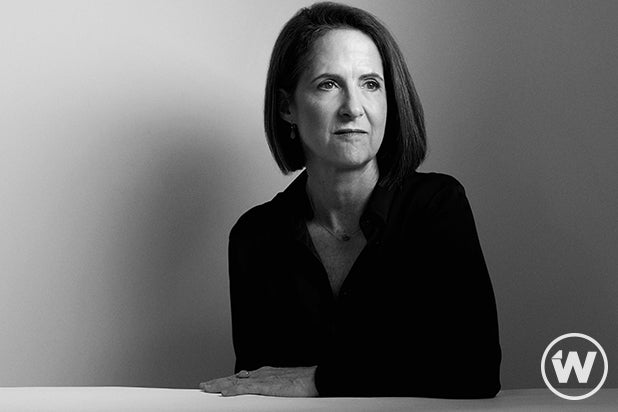 A version of this story on Lynn Novick first appeared in the Down to the Wire issue of TheWrap’s Emmy magazine.

Lynn Novick has worked with Ken Burns on a series of celebrated, epic-length documentaries: “Baseball” in 1994, “Jazz” in 2001 and “Prohibition” in 2011 among them.

Their latest collaboration is “The Vietnam War,” a 10-part examination of the war in Southeast Asia that took a decade to make and includes interviews with 79 different witnesses from all sides of the conflict.

The show’s four nominations include one for Novick and Burns for directing Episode 8, which deals with the stormy period in 1969 and 1970 when opposition to the war intensified in the U.S. and protests on college campuses were met with violence.

If the history is still traumatic, how do you get people, particularly in Vietnam, to open up and talk about it honestly?
Clearly, anyone who didn’t want to didn’t talk to us. So anyone who met with us already knew why they were meeting with us. But it’s one thing to meet, it’s another thing to discuss extremely painful and difficult experiences.

It seemed clear, the more times we went there, that there was a hunger for talking about a subject that is difficult to talk about there, which is what the war was really like. The price they paid and the internal conflict. It was a war of liberation as a civil war.

When you started working on the series, did you realize it would be in 10 parts over more than 17 hours?
I suspect it might be shocking how unformed a project like this at first. At the beginning, it really is a paragraph, which is, “We’re going to make a film about the Vietnam War from as many points of view as possible. We’re not going to interview boldface names. We’re going to try to understand the politics in the U.S., Saigon and Hanoi. We have to start somewhere, so let’s say it’s going to be 12 hours long.”

And as we collect the material, we start to shape it. The narrative of the people and their stories happens in the edit room. I think we originally said it will be six or seven shows, somebody said eight or nine, and by the end we had 10.

Why should we learn about Vietnam now?
When Ken and I started working on this film in 2007, we couldn’t have imagined the situation we find ourselves in now. But we did have a sense of how polarized our society is, and we asked ourselves, “What lies underneath it?” A lot of the culture wars and divisiveness and cynicism and mistrust came forth in a violent way during Vietnam, and we’ve never gotten past it. It’s been there just below the surface, and it’s definitely present in what’s happening now. We hear so much conversation these days about who’s a patriot, who’s a hero, what does it mean to love your country and what our leaders are capable of, good and bad.

It seems as if Vietnam was the war where we started to ask a question that we’ve asked in every subsequent conflict: “What are we fighting for?”
Yes. Exactly. I suppose people did ask that question during the First World War, the answer being, “I’m not sure.” That obviously had an effect on our reluctance to get involved in World War II, and World War II had an effect on our willingness to get involved in Vietnam.

It was extremely healthy for our democracy and extremely inspiring to see the American public challenging the government and saying, “Just because you’re in charge doesn’t mean you know what you’re doing.”

This year’s Emmys have 40 male directing nominees and only four women. What’s wrong with that picture?
I think there’s more opportunity for women in the documentary world than in the scripted world. But even in the doc world, there are structural problems in who gets to be in charge, who gets to speak, who’s deemed to have the authority to tell a story. If you’re a director, you’re telling other people what to do, and you have to assert a certain kind of authority and purpose. And I fear that in our unconscious bias, we tend to accord that responsibility more readily to men.

I think we’re seeing more awareness of that, but going from awareness of a problem to opening up opportunities to different kinds of people is a slow process — way too slow.