Alyssa Farah Griffin has no sympathy for Kevin McCarthy as he struggles to get the Republican votes needed to become the next Speaker of the House. In fact, the host of “The View” argued Wednesday that he’s “being obstructionist” in his continued bid for the position.

The House of Representatives had a historically chaotic day on Tuesday, after the Republican Party proved unable to elect a new House speaker on the first, second or even third try, marking the first time a speaker hasn’t been elected immediately since the Civil War. McCarthy has been openly vying for the position, but has alienated some of the more far-right members of his party. In fact, McCarthy even lost supporters between the first count and the third.

In discussing the situation as the day’s first Hot Topic on “The View,” Griffin said the situation is “a mess of Kevin McCarthy’s own making” after his continued loyalty to the twice-impeached former president. At this point, she argued, McCarthy should just step out of the way. 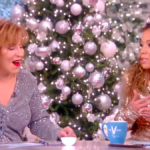 “That right-most flank is not going to budge,” she said. “He needs to wake up because, yes, they’re being obstructionist, and they’re holding the house hostage. But I would argue Kevin McCarthy is also being obstructionist. Three times, they said ‘We do not want you,’ the conference said that, and he won’t step down.”

At that, host Sara Haines joked that “they’re just not that into you,” which Griffin parroted back, agreeing.

Of course, host Joy Behar admitted that while she hates to see Congress grind to a halt, she has “enjoyed” the chaos of the Republican infighting, saying “they deserve it” and that “it’s nice that they took a break from destroying the country and started to turn on each other.”

“I’m enjoying the demise because they are the most destructive force in politics, in my lifetime,” Behar added. 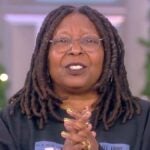