Todd and Julie Chrisley, the couple at the center of USA Network’s original series “Chrisley Knows Best,” were sentenced to a combined total of 19 years in federal prison Monday, after being convicted of tax fraud and various versions of conspiracy to commit fraud. And on Tuesday morning, the hosts of “The View” were a bit gobsmacked that a certain other former reality star hasn’t also gotten charged.

Between the pair, Todd was sentenced to 12 years in prison, while Julie got seven years. The couple’s “15-year fraud spree” included using fake paperwork to obtain $30 million in bank loans, defaulting on more than $20 million in debt, and hiding money they earned from their show from the IRS.

Both Chrisleys were charged with conspiracy to commit bank fraud, bank fraud, conspiracy to defraud the United States and tax fraud. Julie Chrisley was also charged with wire fraud and obstruction of justice. And while the women of “The View” think the sentences were justly earned, they also couldn’t help by wonder why the twice impeached former president hasn’t faced a similar fate.

“[Trump] has committed very similar crimes. It’s unbelievable, to me,” Joy Behar said. “He’s behind this insurrection, he doesn’t pay his taxes, he steals documents and takes them to Mar-a-Lago — nuclear codes! He’s walking free, running for president, and these two idiots are going to prison! What is that? I don’t get that!” 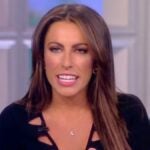 Host Sunny Hostin also pointed out that more than just one Trump still made money from other ventures while working in the White House, turning her ire on his kids.

“How much did Ivanka and Jared make while they worked there?” Hostin questioned. “Couple billion dollars?”

Behar added that Trump may have even been a factor in the Chrisleys’ schemes, because “When they see the president getting away with it, they think they can too!” But, moderator Whoopi Goldberg disagreed on that part. For her, it’s hard to believe that anyone would actually believe they could get away with tax crimes.

“Look at all the people who have gone to jail for tax evasion,” she said. “It’s one of the things that you don’t really ever think ‘Well, I’m not gonna do that, because I’m gonna get away with this!’ Nobody gets away with tax evasion — except people who shall remain nameless.” 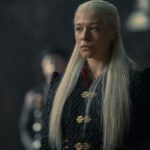