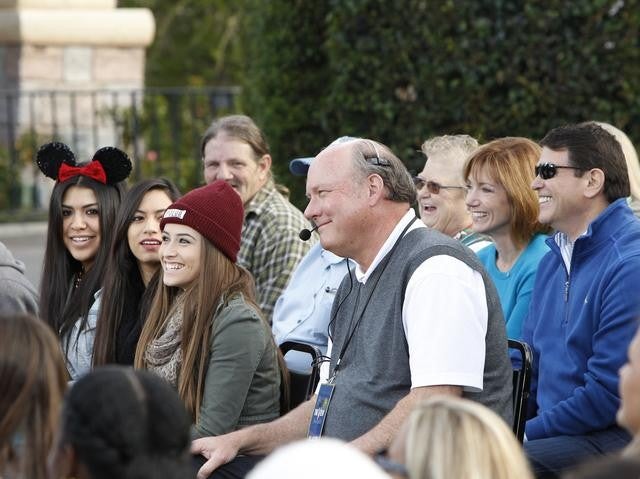 Shakeups at ABC’s “The View” are continuing with a shift at the top. Longtime executive producer Bill Geddie will be leaving the daytime talk show, according to multiple reports.

In Geddie’s place, ABC has hired Bill Wolff, who currently serves as MSNBC’s executive producer of “The Rachel Maddow Show” and is vice president of primetime programming at the network.

A spokeswoman for “The View” didn’t immediately respond to TheWrap’s request for confirmation. An MSNBC spokesperson would only confirm that Bill Wolff is leaving the network.

Geddie’s impending exit has been reported for months as shakeups at “The View” continued. Geddie has certainly seen better days at “The View” since he started there with its debut in 1997.

The ABC talk show has found itself in a state of upheaval in recent months. In addition to the departures of Sherri Shepherd and Jenny McCarthy — the latter of whom only joined the show last year — longtime “View” host Barbara Walters retired earlier this year, creating another vacant chair to fill.

Compared to last season, “The View” is down 4 percent in women 18-49, averaging 530,000 viewers in the demographic. It is down 1 percent in total viewers to 3.121 million. More worrisome than “The View’s” ratings is the fact that in July “The Talk” beat out its ABC rival in the key demos for the first time ever.

Several factors (Shepherd and McCarthy’s exit, Walters’ retirement and CBS’s “The Talk” closing the gap on “The View) have spurred speculation that Geddie would be departing as well. But, sources told TheWrap in June that he was expected to remain for at least one more season. Walters even praised her producing partner, Geddie, in a pre-taped appearance, calling him “wonderful.”

Geddie is a partner with Barbara Walters in BarWall Productions and is responsible for co-producing “The Barbara Walters Special” and “The 10 Most Fascinating People” specials, among others. He is also the owner of Bill Geddie Productions.