The women of “The View” took some time on Thursday to discuss the trial of Kyle Rittenhouse, digging in on the testimonies that have been seen so far. But it was Rittenhouse’s personal testimony, which resulted in an apparently tearful breakdown, that Joy Behar couldn’t quite get past.

Last year, Rittenhouse shot and killed two men and injured a third during a protest against police brutality in Kenosha, Wisconsin. According to Rittenhouse — an Illinois resident at the time — he was acting in self-defense, and in recounting the scene on the stand this week, he couldn’t get through his words, resulting in the judge calling a brief recess.

“Oh bologna!” Behar said immediately after the footage was show on “The View.” When host Whoopi Goldberg gave her the chance to elaborate further, Behar let her disgust fully show. 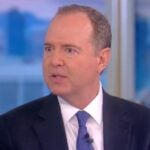 “I mean, from what I’m gleaning from this case, the guy goes across state lines with an AR-15 with his mother and some other idiot in the car, to defend himself? Against what?” Behar said. “They’re having a protest in another state, and he takes it upon himself to go there. And then he says it’s self-defense. No. And that acting job, the crying, I can’t even look at it. That is one of the worst acting jobs I’ve ever seen”

She later corrected herself, as Rittenhouse’s mother was not actually with him, but noted that she thinks what happened on the stand will help the defendant in the long-run. “Those crocodile tears are gonna get him off, I bet,” Behar argued.

Her co-hosts largely agreed with her when it came to Rittenhouse’s self-defense argument, with Sara Haines arguing that anyone helping to “defend” anything in that kind of situation should be trained personnel, not self-deputized citizens.

“It is not up to the average citizen to take it upon themselves, to arm themselves, with an AR-15 of all weapons, and go somewhere where you know there is a lot of people and there’s stuff going on,” Haines said. “That’s not gonna end well.” 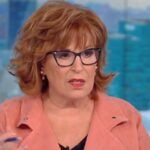