In light of the information released in leaks by Facebook whistleblower Frances Haugen in recent weeks, “The View” host Joy Behar is a bit baffled at the lack of accountability for the social media giant. In Behar’s eyes, Facebook founder and CEO Mark Zuckerberg is nothing short of a villain at this point.

During recent testimony, Haugen argued that “Facebook is unwilling to acknowledge its own power” and that “Mark Zuckerberg has unilateral control over 3 billion people” with his position at the company. “There’s no will at the top to make sure these systems are run in an adequately safe way,” she added.

“This little nerd is causing — he’s like one of the more evil people, Trump must be so jealous,” Behar said after watching the clip. “I mean, he’s becoming like the most evil person on the planet, this guy. And something has to be done. And I don’t understand why it hasn’t, isn’t just like that (snaps fingers), done like that.” 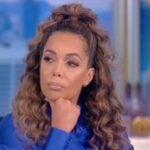 Host Sara Haines asserted that swift action hasn’t been taken because it would affect the company’s profits and bottom line.

“I think the reason it’s not being handled is because not everyone understands the technology,” Haines said.

Moderator Whoopi Goldberg agreed with Haugen’s initial concerns though, about Zuckerberg being the controlling voice of the company. 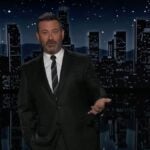 “The scariest thing I heard her say, is that he’s the only voice,” Whoopi said. “And so. for me, if that’s the only voice and he’s making all the decisions, that is not a good thing.”

Behar later doubled down on her anger with Facebook.

“They allow a lot of false information about the vaccine, for example, to go out there,” Behar said. “They’re really, you know, a lot of this is like very serious stuff here. We’re talking about death and dying. People are dying. And they just keep spewing out these lies all over the place.” 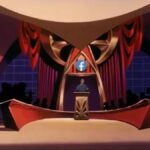