The ladies of “The View” turned their hot topics conversation Tuesday to news that broke the eve before — a leaked opinion from Supreme Court Justice Alito indicating the court would be overturning Roe v. Wade.

While moderator Whoopi Goldberg made sure to note that the leaked document, which Chief Justice John Roberts confirmed was authentic Tuesday morning, was a “draft opinion,” it is said to represent the majority of the court, who were ruling on a case out of Mississippi that challenged abortion rights.

Longtime “View” panelist Joy Behar said she first heard about the news during a break in her sleep schedule.

“I woke up in the middle of the night to pee,” Behar said. “And while I was up, I see my phone’s lighting up. People are texting me, you know, ‘Look, what happened here?’ I couldn’t go back to sleep.” 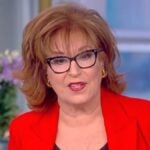 Behar then noted that during their confirmation hearings, the three justices who made it on the court after being nominated by Donald Trump, had all suggested Roe v. Wade was settled law.

“I’d like to point out that during those hearings, they must — all these people that are voting to overturn this have lied. Didn’t they lie?” Behar added, before playing a clip of Justices Gorsuch, Kavanaugh and Coney Barrett.

After playing the video montage, the last of which ended with Coney Barrett suggesting in her confirmation hearing, which happened while the 2020 general election was taking place, that Roe was a “super-precedent,” Behar shrugged her remarks off with a “whatever.”

“But it sounds to me that all of them felt that it was precedent — there was precedent set, and that they would honor the precedent and now it’s the complete opposite, is happening. Not that I’m surprised,” Behar continued.

Behar echoed an opinion by other commentators on Monday night who worried what the overturning of Roe could mean for other landmark Supreme Court decisions.

“My worry is that this is just the beginning. Next, they’ll go after gay marriage and maybe … Brown vs. Board of Education? They already eroded our voting rights a little bit. So I see fascism down the line here,” she said. 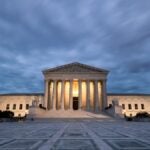