“The View” host Joy Behar is a bit confused by the fact that the Supreme Court is allowing individual states so much leniency as of late. In fact, the host argued on Monday that the highest court in the land may not even be necessary if this remains the case.

Kicking off their Hot Topics on Monday’s episode, the women of “The View” first touched on Texas’ hugely restrictive abortion law, which bans abortions as soon as a fetal heartbeat can be detected, which is typically around six weeks (at which point, most women don’t even know they’re pregnant).

The Supreme Court is set to rule on the constitutionality of the law but, as the panel noted, has not been rushing to do so. The law has been in effect since September, prompting Behar to question the efficacy of the Supreme Court. 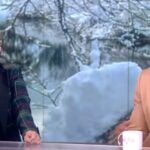 “If they keep throwing all these things to the states — I mean, they could overturn Brown versus the Board of Education, and bring back segregated schools that they want in some states — then why do we need the Supreme Court?” Behar said. “They are on a path to oblivion, it seems to me if they keep making this type of decision.”

In the meantime, California Gov. Gavin Newsome has announced he will be using the schematics of Texas’ bill to enforce one in his own state that allows residents, to sue assault weapons manufacturers and distributors.

At that, conservative guest host Amanda Carpenter balked, criticizing Newsome for his logic. “That is a disaster,” Carpenter argued. “You do not answer bad laws with more bad laws.”

But host Sara Haines applauded Newsome, arguing that even though his use of the Texas law likely won’t stand, it might also persuade the Supreme Court to strike it down in Texas. 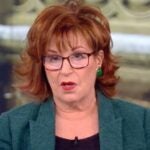 “This was purposely done in Texas to sidestep Roe v. Wade and the federal law,” Haines said. “And it was predicted by [Justice Sonia] Sotomayor and Justice Chief Justice Roberts, that this was going to set a potential precedent for other states to employ the same thing… I commend [Newsome] for saying ‘That was not a good model, so we’re going to show you how this can this pendulum swings two ways.'”

Behar agreed and reiterated her argument that this kind of strategy also shows the true intentions of the Supreme Court.

“It sort of shows you that the Supreme Court is political and full of it,” Behar said.