The hosts of “The View” are unimpressed by Marjorie Taylor Greene, and they’re even less impressed by her recent apology for comparing COVID mask mandates to living in Nazi Germany.

On Monday, Greene visited the Holocaust museum, prompting her to apologize for previous remarks that being forced to wear masks was comparable to the Nazi practice of labeling Jews with Star of David badges. After visiting the museum, Greene made a public statement recanting her words, saying that nothing compares to the gravity of the Holocaust.

“The Holocaust is — there’s nothing comparable to it. It’s — it happened, and, you know, over 6 million Jewish people were murdered. More than that, there were not just Jewish people — Black people, Christians, all kinds of groups, children, people that the Nazis didn’t believe were good enough or perfect enough.” 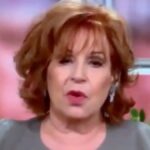 She went on to add: “But there is no comparison to the Holocaust. And there are words that I have said, remarks that I have made, that I know are offensive, and for that, I want to apologize.”

Following the clip of Greene’s apology, host Joy Behar mocked the whole event. “Wow Whoopi, wait ’til she hears about slavery!” Behar joked, earning an exasperated chuckle from her co-host.

Behar then went on to voice her disbelief that Greene didn’t fully understand the impact of her words, citing a trip to Auschwitz that Greene says she took when she was 19. Behar noted that she herself has also visited a concentration camp, and that the experience is universally life-changing.

“You don’t leave a concentration camp not knowing exactly what happened,” Behar said. “You go into the gas chambers, it’s really a horrendous experience, and one that every school should pay attention to and either teach it or bring children.”

Behar then got even more blunt about her thoughts on Greene’s apology, outright saying that it’s more a political move than anything else.

“So I don’t buy any of it. I think she’s full of it. She compares Democrats to Nazis, by the way. So, she says she’s apologizing, but then she says Democrats are Nazis, which shows you that she has no concept of what Nazis actually did,” Behar said. “And so I think that her apology is as empty as her head, I think she is only doing it to avoid censure, and she needs to be driven out of Congress as soon as possible, in my opinion.” 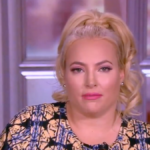 Host Sunny Hostin echoed Behar’s sentiments but added that she at least appreciated the attempt, given that Greene and her Republican colleagues don’t often issue formal apologies, calling out Kevin McCarthy in particular.

“I think the timing is suspicious though, because we know that a fellow House member, Representative, I think it’s Bradley Schneider, Democrat out of Illinois, is set to introduce a resolution to censure her over the Holocaust comparisons. And that really is what she has been doing,” Hostin said. “She’s been comparing mask measures, vaccination measures, to the Holocaust. And I do believe that she believes that. I do believe that she wants to make that comparison and continues to want to make that comparison, but she’s trying to head off this censure vote. That’s what this is about.”

You can watch the full conversation on “The View” here and above.