Meghan McCain has the balls Chris Cuomo lacks, if you ask McCain herself.

“The View” kicked off its Friday episode breaking down the controversy surrounding CNN correspondent Chris Cuomo’s involvement in the handling of his brother Gov. Andrew Cuomo’s sexual assault allegations. McCain wasted no time in weighing in on the issue.

“If any of my family did anything wrong, I’d talk about it on the show, because I have balls, unlike Chris Cuomo,” she declared. 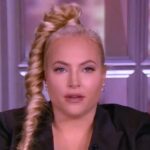 Also Read:
‘The View:’ Meghan McCain Misses Being ‘Queen of Resting Bitch Face’ Thanks to Masks

Cuomo had not been covering the sexual harassment accusations lodged against his older brother on his show, he says, for the sake of objectivity. However, the news that the host had participated in phone calls with the New York governor’s staff, allegedly concerning how to respond to the allegations, puts his motives into question.

“Quite frankly, if my dad had been accused of sexual assault I would be talking about it on ‘The View,’ because I’m not a snowflake and I’m not Chris Cuomo.” McCain said.

McCain continued to criticize Cuomo’s journalistic integrity with an “A League of Their Own” reference.

“I too love my family and love my dad but there’s no crying in baseball. This is the job we signed up for, if you can’t hack it you should do something else,” she said.

It isn’t just the silence McCain takes issue with, it’s also the manner in which the elder Cuomo appeared on his brother’s program, “Cuomo Prime Time.”

“During the height of Cuomo Mania he was having his brother on almost every night,” she said, “He was making jokes with giant Q-Tips, with prop comedy, as older people in nursing homes and people with disabilities were dying.” 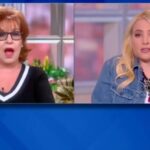 “I think that Chris Cuomo is a macabre ghoul,” she added.

The rant then switched blame to the journalist’s network.

“CNN can’t have it both ways, you can’t spend hours and hours a day criticizing Fox News and Fox News contributors and hosts’ relationship with the Trump White House and at the same time give him…a very, very slight slap on the wrist.” 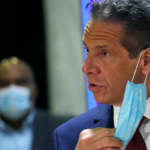 The “slap on the wrist” she’s referring to is CNN’s statement on the matter, there has been no other mention of disciplinary action.

“It was inappropriate to engage in conversations that included members of the Governor’s staff, which Chris acknowledges. He will not participate in such conversations going forward.”

McCain concluded her rant with a final shot at Cuomo. 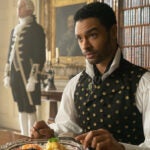 “I think Chris Cuomo is a sanctimonious tool,” she said, “I too have family in politics; it’s tough. I would talk about them on air, and I have when it’s hard. Grow up.”

Watch the entire segment below (McCain’s take starts at 3:25).

CHRIS CUOMO APOLOGIZES FOR ADVISING BROTHER: The CNN anchor responded to calls for the network to take action after he took part in strategy meetings about allegations against his brother New York Gov. Andrew Cuomo — the co-hosts weigh in. https://t.co/f8u2wbJuik pic.twitter.com/Udggl3zWfw