As the Jan. 6 hearings continue, women of “The View” think Mike Pence is starting to get a bit too much praise for his actions after the 2020 elections. On Friday, they took particular issue with the idea that the former VP is being seen as a “hero” for refusing to help former President Donald Trump stage a coup.

To kick off the days Hot Topics, moderator Whoopi Goldberg pointed out how much of Thursday’s hearing focused on just how hard Pence was pressured by Trump and his allies to block the results of the 2020 election. “Some are framing him as a hero who rose to the occasion,” Whoopi said. “But I kind of think he was actually doing his job. His job was qualify the election, right? So does this really qualify as heroic?”

And for the most part, the answer of the table was no.

“Doing your job should not label you heroic,” co-host Ana Navarro said. “It should label you responsible. He had one job that day: to certify the election. That was it.” 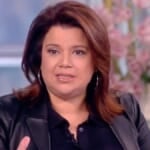 That said, Navarro did admit that she’s “of two minds” on this one, simply because the possibilities of what might’ve happened if Pence had caved are pretty terrifying.

“When you take a look at the pressure campaign that Donald Trump engaged in, and his minions, for so long against against Pence — listen, he was putting his political career and it turns out his life at risk,” Navarro continued. “We didn’t know it at the time, he probably didn’t know it at the time. And I don’t know what we would have done if he had succumbed. If he had said, ‘I’m not going to certify these elections,’ or ‘These elections are illegitimate,’ I don’t know what would have happened that day with that mob out there already. You know, it could have led to terrible, terrible, terrible consequences. So I do think he needs to be commended for his actions that day.”

Navarro added though, that Pence’s refusal to overturn a free and fair election “does not erase four years of complicity” to Trump’s other actions. At that, Joy Behar and Sunny Hostin readily agreed, with Behar questioning why Pence didn’t step in after Trump tried to blackmail Ukraine and its president Volodymyr Zelenskyy.

But, based on those past actions of Trump, Hostin noted that realistically, it’s hard for Pence to not look good in this instance. 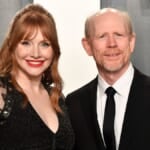 “I think that after being complicit for four years, he doesn’t get hero status. But at this point, the bar is pretty low,” Hostin said.