“The View” has strengthened its grip on TV’s top daytime spot this broadcast season with a run of strong ratings.

For the week of June 20, the most recent week including syndication, “The View” ranked first in households with a 1.6 rating and in total viewers with 2.201 million among all network and syndicated talks shows and news programs, according to live + same day data from Nielsen.

“Season 25 has been an exciting one as we celebrate this historic accomplishment and the legacy that Barbara Walters created,” Brian Teta, executive producer, said in a statement to TheWrap. “I feel like there has never been a more important time for this show and our audience wants to hear from the women at the table as they respond to these historic events in real time. Our loyal viewers have watched as we search for a new conservative voice and let us know that they enjoy different point of views while having respectful but spirited debates.” 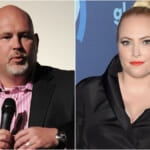 On Monday, June 27, “The View” from the Bahamas put the exclamation point on its recent stretch of success by posting its most-watched telecast (2.539 million viewers) in 12 weeks. That full week, the series again ranked first in households with a 1.5 rating and total viewers with 2.283 million.

“We continue to have important conversations at the table but have also been able to bring back a lot of the fun this season with our Flashback Fridays, anniversary celebrations and viewer surprises – capping it off with an epic Bahamas week,” Teta said.

Joy Behar, Whoopi Goldberg, Sara Haines and Sunny Hostin serve as hosts of “The View,” with the series looking for a replacement for Meghan McCain. 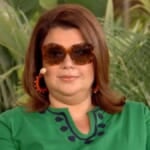 Also Read:
‘The View’ Hosts Defend Biden for Not Codifying Abortion Rights With Executive Order: ‘This Is Not a Monarchy’