“The View” hasn’t seen many arguments at the table in recent months, but that changed on Monday morning. Hosts Sunny Hostin and Ana Navarro got a bit heated as they discussed the current situation for Nigerians in Ukraine.

Though the panel of women unanimously praised Ukrainian President Volodymyr Zelenskyy for knowingly putting himself in harm’s way to help protect his country — and applauded the country as a whole for fighting through “almost a David vs Goliath” situation — Hostin did take a moment to highlight something she was disappointed about.

“One of the reports, though, that’s coming out of the Ukraine, that I found particularly upsetting is that there are a lot of African students, Nigerian medical students, that are being denied, you know, passage out of the country,” Hostin said, calling out Ukranian border agents specifically. 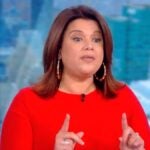 Hostin added that it was particularly distressing because Ukraine purposefully “invites and encourages a lot of Nigerian students and Indian students to come there.”

In response, Navarro noted that she has seen coverage that indicates those students are not actually trapped.

“War is chaos. And yesterday, it gave me some comfort to see Jose Andres who tweeted out, he was there with a Nigerian woman and he said he had spoken to people from India, and Congo, and African countries and Jamaica,” Navarro rebutted. “And that that was not happening.”

Hostin retorted that she’s been communicating with her own source on the ground — “a friend of mine who is on the Polish border who’s working with attorneys” — and that there are also videos on social media showing African people who are not being allowed out of Ukraine. 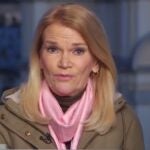 When Navarro doubled down on the fact that “war is chaos,” Hostin got a bit more blunt, saying that, regardless of the chaos, “All who flee a conflict situation, Ana, have the same rights to safe passage.”

Navarro readily agreed to that, but as the women continued to speak over each other, moderator Whoopi Goldberg intervened, assuring them that they were “both right.”

You can watch the disagreement on “The View” in the video above.