At this point, Whoopi Goldberg is just baffled by anti-abortion activists. On Friday’s episode of “The View,” the host argued that it seems now they’re “just making stuff up” along the way.

Her words came as the panel discussed the case of a 10-year-old girl in Ohio who crossed state lines to have an abortion, after she became pregnant as a result of rape. Ohio is one of the many states that had trigger laws that went into effect with the reversal of Roe v Wade, with no exceptions for rape and incest. 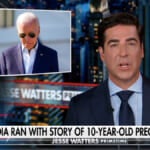 Now, lawmakers are trying to figure out how to handle the case and who, if anyone, should be punished. During the conversation, the “View” hosts referred back to testimony of anti-abortion leader Catherine Glenn Foster, who bizarrely said that “if a 10 year old became pregnant as a result of rape, and it was threatening her life, then that’s not an abortion.” And at that, the table’s jaws collectively seemed to drop.

“Is the whole anti-abortion movement just making stuff up as they go along?” Whoopi said. “I mean, do they actually have no grasp on basics? Are there no women involved in any of this? I mean, I don’t understand. I don’t understand how this goes.” 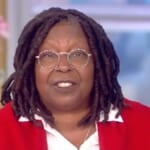 Also Read:
‘The View’ Hosts Scoff at Assurances That Abortion Won’t Be Criminalized: ‘We Don’t Believe You’

Host Ana Navarro quickly jumped in to point out that Foster is a woman “and she was grossly misinformed and saying things that were inaccurate.” She agreed with Goldberg that it’s concerning to see just how many men have played a part in anti-abortion legislation.

“I think it’s scary to see how many men who have been mostly involved in crafting these laws have no idea about a woman’s reproductive system, about a little girl’s reproductive system,” she said. “And the fact that a 10 year old can have her period, can get pregnant, and that these things will happen. I think that what we’re seeing is the intended and unintended consequences of this ruling.”

As the discussion continued, openly anti-abortion host Sunny Hostin reiterated that she doesn’t believe in any exceptions, but also knows she shouldn’t and can’t force her religious beliefs that lead her to that stance on anyone else.

Meanwhile, guest host Alyssa Farah Griffin – who is also anti-abortion – noted that Catherine Glenn Foster is “the worst spokesperson for our beliefs in our movement.” Farah Griffin pointed out that “it has been Republican Party orthodoxy for decades that we believe in exceptions for rape, incest and the life of the mother.” 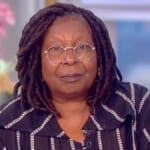 In the end, it came back to Goldberg, who doubled down on her irritation at peoples’ lack of basic understanding of how women’s and child-bearing people’s physiology works.

“I’d also like some of these people to learn anatomy,” she said. “I’d like them to know how a woman’s body works. How young women’s bodies work, what a period is, what it means. See, because these are – ask a friend for goodness sake! You know women, ask another woman: ‘How does your body work?’ Because I cannot fathom the stupidity that I have seen here. I am shocked by it.”