Whoopi Goldberg was deeply unimpressed by House Minority Leader Kevin McCarthy’s remarks Sunday, on which he chose to criticize Joe Biden despite it being the 21st anniversary of 9/11.

So, the host of “The View” offered McCarthy some advice: “If you can’t stick to what the day means, then don’t get on television.”

As the country observed the day in remembrance, McCarthy used his time on Fox News to say that in 2001 “we had a commander in chief that united the country instead of dividing the country,” as well as to criticize Biden’s foreign policy. And to that, Whoopi had nothing but distaste for McCarthy.

“You can attack who you want any time,” Whoopi said. “If you have any class, you’ll remember that Americans died. People got out of those buildings the best way they could. And if that’s not enough to keep your behind on what the prize is — which is making sure this doesn’t happen again — and you feel the absolute need to bring up stuff you could bring up a day later, then there’s a problem.” 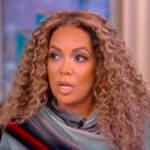 Also Read:
‘The View’ Host Sunny Hostin on Elizabeth II’s Death: ‘We Can Mourn the Queen and Not the Empire’ (Video)

Whoopi then noted that her words weren’t directed solely at McCarthy, but at any politicians who ever feel the need to get political on 9/11, or during times of tragedy in the country.

“I’m talking to all politicians, all over. If you can’t stick to what the day means, then don’t get on television,” she added. “Nobody wants to see you. People want to feel like you actually care about the people who are left and everything they’ve gone through. And if you don’t care about that, don’t let us know where you are on that day, OK? You don’t have to be seen.”

As the women debated whether a sense of unity for all Americans could be reached again if another tragedy like 9/11 occurred, host Sara Haines argued that “I don’t think the politicians of today could actually come together. I do think the American people could.” She largely agreed that McCarthy’s comments were ill-timed.

“I think when we say ‘Never Forget,’ there’s got to be a certain sanctity to that day,” Haines said. “There were not only 3000 people killed, there have been thousands of first responders that have died since from illness and otherwise. So if we can’t even stay true to that date, and hold that sacred, then it tells me a little bit about politically how it would play out.” 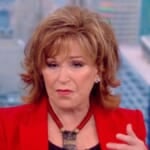