On Halloween 2010, a haggard man named Rick Grimes woke from a coma to find a ravaged world overrun by the undead, kicking off the visceral, bloody story of AMC’s “The Walking Dead.” 12 years and some change later, and it’s safe to say that none of us quite knew what we were in for, with the series experiencing seismic cast shifts and tonal redirections (not to mention a dramatic ratings backslide after at one point being the most-watched show on TV) alongside the everyday horror of a zombie apocalypse.

With the Commonwealth in ruins due to a flood of walkers overflowing through the streets and the township’s unscrupulous leader Pamela Milton retreating with her remaining military to protect her home, things aren’t looking good for the gang. Still, this ragtag group of friends and uneasy allies have pulled through plenty of major threats throughout the years, and it may please you to hear, most of them actually make it through this, too.

Ah, yes, we said, “most…” Let’s dive into “The Walking Dead” series finale, and how it all ended. 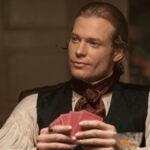 Also Read:
‘Interview With the Vampire’ Jumps to No. 3 In-Demand New Show Ahead of Its Season Finale | Chart

The penultimate episode of Season 11, “Family,” left us with Judith gravely injured from an errant bullet fired in an escalating conflict caused by Pamela Milton, the biggest of a handful of big bads that pushed the final season. As much of the eleventh season has set up the “Rick and Daryl” style connection between Daryl and Judith, the opening sees him collapse after getting her to near-safety only for her to then fall next to him after seeing the dead coming closer and using her last vestiges of strength to block the door.

The relationship between these two has been a major focal point for Daryl’s trajectory over our time in the Commonwealth, and their charming bond continues here. Daryl offers to give Judith a blood transfusion, noting that his blood type can match with anyone, which he knows because his long-deceased brother Merle sent him to donate plasma in their youth.

With the walkers breaching every wall of defense, one of the more entertaining sequences of the episode comes with the crew attempting to wheel a sleeping Judith to safety, rounding corner after corner only to run into more of the undead. Judith makes it to Tomi and is saved, showing the exact resilience we’ve come to expect from a Grimes.

An Apology From Negan

Negan and Maggie debate over who is going to take a sniper rifle to fire on Pamela as she hides behind her military’s protection. Maggie continues to resist anything resembling a partnership with Negan. Still, we finally get an apology from him about Glen as he admits he never understood what he had taken from Maggie until he met his wife, Annie. After, she takes the rifle back, but asks him if he’s coming along.

Later, they have a healing moment as Maggie tells him about Glen. Noting what a wonderful person he was, and her understanding that she’ll never be able to love quite the same way ever again, she explains that it’s impossible to forgive Negan. Still, she is willing to move on, which is good, because they’re about to co-star in a spin-off series together.

Few characters have gotten the opportunity to shine as Rosita has of late. With her romantic subplots with characters like Abraham and Eugene long laid to rest and her priorities shifting to her daughter with Gabriel, this season has seen her at the center of some of its best action sequences. With the last few episodes showing us her behaving increasingly desperately due to the kidnapping of her child by the Commonwealth, it was starting to seem pretty likely that she wasn’t going to clear the final episode.

Sadly, in “Unfinished Business,” our suspicions were confirmed, but not after our hero gave it her all to save her kid. Attempting to scale a pipe, Rosita loses her grip and falls to the zombie horde, yet is still able to make it up to the safe zone with baby in tow. However, she suffered a gnarly bite along the way, which she doesn’t reveal until later, when Eugene attempts to cheer her up. Indeed, Eugene is the one who is with her in the end, marking a heartbreaking conclusion to one of “The Walking Dead’s” best friendships. 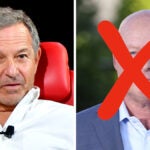 One of the great tragedies of the final season is that the show set up way too many top-notch characters to fully explore every story. Some major threads then were necessarily whittled down to brief moments. For instance, Luke, introduced in Season 9, meets his grisly end, surrounded once more by the friends that he had first arrived with. So little fanfare for the passing of such an entertaining character was to be expected with the limited time allotted, but it’s still a bummer to zip through so many arcs so quickly.

Yumiko and Magna, who flirted very briefly through various episodes, get back together, though their relationship has been criminally underdeveloped since their introduction in Season 9. Max and Eugene appear together with child in the “one year later” segment at the end of the episode, while Mercer and Princess are reunited. Though Lydia loses her arm, Aaron is able to get her to safety, and she is reunited with Elijah. Connie and Kelly survive as well, and here’s hoping we see all of these characters in spin-offs to come.

The Commonwealth Survives and Thrives

Naturally, Pamela is isolated despite her armed guards, having lost her biggest support in Lance Horsnby and her son Sebastian due to his own arrogance. After fully selling out the safety of a town full of people she was sworn to protect, she goes so far as to order her military to fire on civilians as they attempt to come to safety. This opens the door for Mercer to step up and tell his former boss off for good, ordering his people to arrest her.

Pamela sees a zombified Lance in the crowd and walks toward him, very nearly ending her own life, only to be forced to live with herself in prison instead. Once she’s behind bars, she attempts to warn Daryl and Carol of the heavy price of leadership, which they understandably roll their eyes at as they leave her to her thoughts. By the end, we see that Ezekiel and Mercer have chosen to step into leadership positions, guiding the Commonwealth to a brighter future.

How the Series Finale Set Up the Various “Walking Dead” Spinoffs

Though the main series has run its course, this episode saw promotions for the next season of “Fear the Walking Dead” as well as the pending spinoffs “Dead City,” “Daryl Dixon,” and “Rick and Michonne.” Each of these were set up in good measure in the finale, with the long-running animosity between Negan and Maggie not necessarily vanishing but at least evolving to its next incarnation. Likewise, Daryl concludes the episode by riding off on his bike after hints of an epic quest to come.

Still, perhaps the strongest tease for the upcoming Walking Dead Universe was for the Rick and Michonne series. With Michonne (Danai Gurira) writing to Judith and Rick (Andrew Lincoln, in one final appearance) musing to Michonne as the two search for one another, we see that they have each changed since last we saw them. Michonne has returned to her life as the solitary crusader, decked out in armor atop a steed and wielding her beloved blade once more. Meanwhile, Rick is stuck attempting to flee those that have had him under lock and key.

How It All Ended

One need only look to the confusion of one lonely man in “Days Gone Bye” to the found family vibes of “Unfinished Business” to see the sweeping journey that changed the heart of the show from one of brutality and survival to that of community and hope. Though we said goodbyes both big and small, the threads of sincere growth through the final season finally tied together, ending on a surprisingly hopeful note for a series often defined by its willingness to delve into humanity’s most irredeemable corners.

“The Walking Dead” changed a lot over the years, but we never expected the final season would close out with a bona fide happy ending.