“The Witcher” Season 2 is finally on Netflix, and the story for the second season is just as thrilling, twisty and emotional as the first – if not more so. To that final point, however, Season 2 does involve one pretty gut-wrenching death.

In Season 2, Episode 6, titled “Dear Friend…,” Geralt’s (Henry Cavill) trusty horse companion Roach dies. The horse is mortally wounded when Geralt and Ciri (Freya Allan) are attacked by a giant winged monster, and Geralt is forced to put Roach out of her misery.

TheWrap recently spoke with “The Witcher” showrunner Lauren Schmidt Hissrich about the second season, and we had to ask: why did they kill Roach?

“It’s horrid,” Hissrich acknowledged before explaining the thinking behind the animal’s death. “Horses don’t live as long as Witchers. We knew that, basically, how we told the story in Season 1, how we progressed time, that this [Roach], which we call Roach One, had to have been ending her natural life. So, we realized that we didn’t want her just to disappear off-screen between stories. That if we were going to let go of Roach, we wanted to make her have a hero moment.” 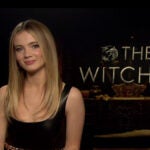 Hissrich explained that not only did they want to give Roach the sendoff she deserved, but they also wanted to progress to the point in Andrzej Sapkowski’s books where Geralt has “a lot” of Roaches. “He’s alive a long time, and the new Roach is also called Roach,” Hissrich said. “That is just the cycle of life.”

The showrunner also talked about how lovely Geralt’s relationship is with his horses. “I think that one of the things I love that is so indicative to me of Geralt’s character is just how pure and true his relationship is with these horses, and yet also how he understands that they go on and he needs to choose a new one. That horse then becomes a beacon of true friendship for him. I just think it’s the way that Geralt lives his life.”

Indeed, we see in the penultimate episode of the season that Geralt finds himself a new Roach, which we can reasonably call Roach Two. Here’s hoping the duo have a long, happy life together in the rest of the series.

During our interview, Hissrich accidentally referred to Roach as a “him,” and then explained how the Roaches we see in the show are actually males, even though the character of Roach is a female. The reason? Cavill is simply too big to fit on female horses (he is Superman, after all).

“Our horses that we shoot with are all stallions,” Hissrich said. “They’re all males because we tried Henry Cavill on mares for a while, and he is too big to be on a female horse. I have to go back and forth between remembering that [the real horse] Zayas is a male, and Roach is a female.”

The more you know.

“The Witcher” Season 2 is currently streaming on Netflix. 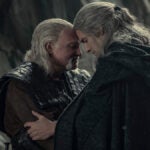