(Warning: This story contains spoilers for the series premiere of ABC’s “The Wonder Years.”)

ABC’s new version of “The Wonder Years” immediately set itself apart from its predecessor during its premiere on Wednesday, right up through the final moments.

Even though the new “Wonder Years” centers on a middle-class Black family in 1968 Alabama and dives into topics like racism and desegregation in schools, the majority of the premiere episode is played with a lighter tone by showing that world through the eyes of 12-year-old Dean Williams (Elisha Williams). But that lightness grinds to a halt at the end of the episode, when an argument between Dean’s father, Bill (Dule Williams), and his baseball coach, Coach Long (Allen Maldonado), is interrupted by the news of the assassination of Martin Luther King Jr. (The original “Wonder Years” also featured an era-specific tragic event in its premiere, when Winnie’s brother Brian was revealed to have died in the Vietnam War.) 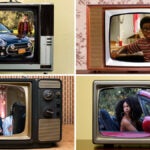 Also Read:
Can Broadcast TV Survive in the Streaming Era? These Shows Are Betting on It

While the adults are understandably distraught over King’s death, it doesn’t register as hard for Dean, who ends up getting more upset moments later when he finds his crush kissing his best friend. To “Wonder Years” showrunner Saladin Patterson, Dean’s reaction to those two events lays out the show’s mission statement.

“The MLK assassination story idea came up as we were just exploring, OK, we want to make sure that for our purposes, we deal with the reality of the time by showing how a 12-year-old really doesn’t understand the weight of all those things,” Patterson told TheWrap. “We were really just trying to show a parallel between: What’s a day that everybody remembers? When you’re a kid, it’s stuff like your first kiss, when you get your heart broken, or a baseball game. If you’re an adult in the ’60s and you ask them what they remember, they’ll all say, “Oh yeah, I remember exactly where I was when I heard Dr. King was assassinated.'”

Patterson continued by explaining that the last moment is important for Dean to be able to understand the weight of King’s murder.

“When you do experience heartache for the first time in a way you understand it, that’s what opens the world up to you, where you can now understand it in different ways,” he said. “We kind of wanted to juxtapose those things, and just show how it’s that clash that speaks to the coming of age to our 12-year-old character.” 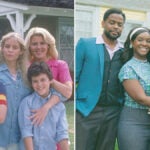