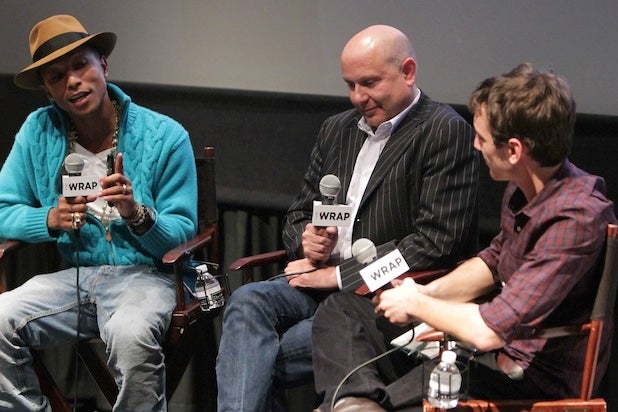 “Despicable Me” had all the makings of a hit. It possessed a great voice cast, led by Steve Carell, a producer with an impeccable track record, Chris Meledandri, and a reasonable budget — at least compared to other animated films.

Meledandri, the CEO and founder of Illumination Entertainment, still deemed his new company’s first film a risk at the time of its release. Its protagonist, Gru, is “a sarcastic, sometimes nasty, curmudgeonly super villain” – a far cry from your run-of-the-mill Disney princess.

Yet the movie went on to be a major hit, spawning a sequel, “Despicable Me 2,” that is the year’s highest-grossing animated movie. It should also factor into this year’s awards race. Meledandri and his fleet of writers and directors chose to tell the story of “life after villainy.”

“The process of making this movie was magical; it was a story that began to tell itself,” Meledandri said at TheWrap’s screening of “Despicable Me 2” on Tuesday. “I’ve never had that experience before, especially going from the first to a second movie.”

In revisting the story of Gru and his children, Meledandri had a special trick up his sleeve – iconic music producer Pharrell Williams. Though Williams has produced dozens of hit songs over the past decade, he had never scored a movie before working on the first “Despicable Me” with Heitor Pereira.

The movies’ more subversive tone “was one of the reasons we were able to attract somebody as extraordinary as Pharrell,” according to Meledandri.

Williams embraced the movie, returning for the second one and offering to help during this awards season. He performed at a special celebration Universal held for the movie, and seemed ready to talk about it as often as required.

Williams grew up on a steady diet of “Looney Tunes” and ‘Tom & Jerry,” but spoke as a member of the Illumination team, using the word “we” when discussing the company and its place in the animation industry. He also sought to downplay his own role in the movies, particularly when asked the difference between producing for musical artists and composing a score for a movie.

Meledandri wasn’t having it. He immediately pointed out that Williams composed the anthem of each movie – “Despicable Me” for the first film and “Happy” for the second.

“The role those two songs play in establishing Gru’s character and defining the tone for the movie is extraordinary,” Meledandri.

So will Wiliams be back for the next movie in the franchise, an upcoming spin-off about the diminutive minions?

TheWrap's Awards Screening Series features the most significant films of 2013, followed by Q&A sessions with the film's talent. The films are open to members of the Academy of Motion Picture Arts and Sciences, the DGA, PGA and WGA members, and to subscribers of TheWrap's daily email newsletter, First Take.
PRO TIP: