TheWrap on Wednesday scored 13 nominations for the 2021 SoCal Journalism Awards, including best website for a news outlet exclusive to the internet, the L.A. Press Club announced.

TheWrap founder and editor in chief Sharon Waxman earned multiple nominations, including Online Journalist of the Year and Best Individual Blog for her WaxWord column. She was also recognized in the Personality Profile category for “Inside Jeremy Strong’s ‘Dangerous’ Approach to ‘Succession’ – and That ‘Cringeworthy’ Rap.”

In addition, film editor Beatrice Verhoeven received three nominations, including Entertainment Journalist of the Year. She also shared nominations with Waxman for Best Broadcast/Film Entertainment News for “Hollywood Shuns Jamal Khashoggi Doc ‘The Dissident’ Over Fear of Saudi Backlash, Insiders Say” and Best Film/TV News Feature for “Why Are So Many High-Level Executives Ditching Hollywood During the Pandemic?”

Reviews editor Alonso Duralde was nominated in the TV/Film Commentary/Analysis category for his piece “‘Onward’ Is Latest Major Studio Film with a Blink-and-You’ll-Miss-It LGBTQ Character,” and executive editor Thom Geier earned a nod for his theater reviews (including several of Zoom/streaming productions).

In addition, Waxman and Assistant Managing Editor Daniel Goldblatt shared a nomination in the Radio/Podcast Entertainment Reporting category for “TheWrap-Up Podcast: The State of TV Police Shows After George Floyd.”

And Trey Williams earned a nomination for his non-political commentary piece “Why #BlackLivesMatter Matters: Because of How Little Has Changed for People Like Me (Commentary).”

The awards will be presented at a ceremony on October 16 that the L.A. Press Club hopes will be a live event, pending the state of the pandemic. 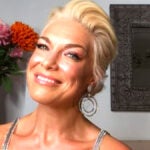