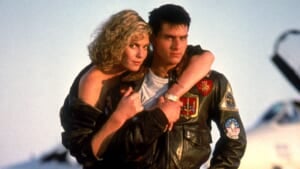 Over 6 million people tuned in for the emotional sendoff

Audiences said goodbye to the Pearson family Tuesday night, as the series finale of “This Is Us” brought their story to a close. The emotional episode, titled “Us,” tugged on enough heartstrings to make it the most-watched and highest-rated show of the night.

The finale aired at 9 p.m. on NBC to a whopping 1.27 rating in the key 18-49 demographic and 6.4 million total viewers, according to official live + same day Nielsen numbers.

That’s a season high for the series (and just a really high demo rating in general), easily beating a record previously set by the Jan. 4 season premiere, which saw a 1.0 rating and 5.3 million total viewers. It’s also the best demo rating since Season 5 Episode 2 and the largest audience since Season 5 Episode 3, which both aired in November 2020.

The penultimate episode of Season 6, in which the show said goodbye to matriarch Rebecca Pearson (Mandy Moore) is now the third highest-rated of the season. 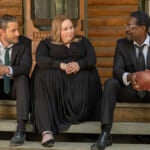 Also Read:
‘This Is Us’ Cast and Creator Bid Farewell to NBC’s Ultimate Tear-Jerker

“This Is Us” wasn’t the only finale to air during primetime on Tuesday, though it was the only one that brought such a beloved series to a close. The “FBI” franchise also wrapped its current seasons. CBS was next in line at 9 p.m. with a 0.7 demo rating and 5.1 million total viewers for “FBI: International.”

CBS pulled the season finale of “FBI,” which is generally the most popular of the three series, due to the tragic school shooting in Uvalde, Texas. The episode involves the son of Jeremy Sisto’s character and his reluctance to provide information about a classmate with ties to a massive gun heist.

Across all of primetime, NBC averaged a 0.7 demo rating, while CBS had a 0.4. Fox and ABC tied with a 0.3, and the CW took a 0.0. In terms of average total viewers, CBS was still first with 5.2 million, despite its last-minute primetime shakeup. NBC was second with 3.9 million, ABC was third with 2.1 million, Fox was fourth with 1.7 million, and the CW was sixth with 369,000 viewers. 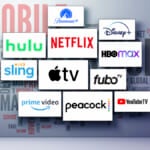