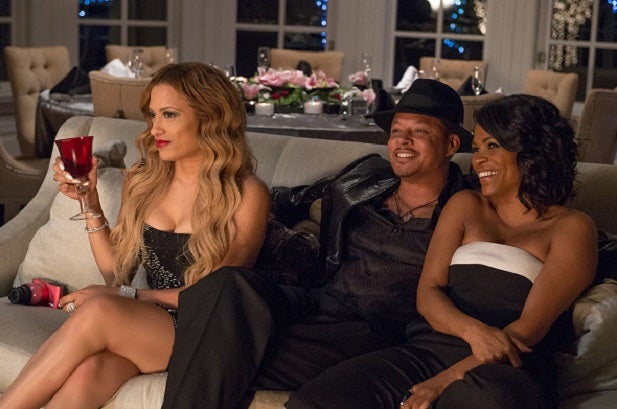 “Thor: The Dark World” thundered to its second straight North American box office triumph with an estimated $38.4 million this weekend, but it was the modest-budget African-American romantic comedy “The Best Man Holiday” that captured lighting in a bottle.

Disney’s Marvel superhero sequel hit the $480 million mark globally, and has out-earned the original “Thor” in just three weeks. “The Best Man Holiday,” meanwhile, also a sequel — though much longer in the making, as writer-director Malcolm D. Lee’s original came out in 1999 – delivered an eye-popping $30.5 million in its debut, about $10 million beyond pre-release projections.

“Holiday” cost just $17 million to make, making it a big win for distributor Universal. It also far outpaced the original, which opened to $9 million and topped out at $34 million — a figure the sequel should pass before mid-week.

Marketing for the film directly targeted African Americans, particularly women, and it connected. Eighty-seven percent of the crowd was African American and 75 percent were women. Sixty-three percent were 35 and older, and many had no doubt seen the first film.  It even became something of a reunion party for many fans. Fandango reported 40 percent of advance ticket buyers said they’d see it with a group of four or more.

“We tapped an audience that is under-served, but the key was this is a really good movie,” Universal’s head of distribution Nikki Rocco told TheWrap. She said that she was confident “Best Man” would broaden to mainstream audiences in the coming weeks and capitalize on the big opening.

“Our marketing team is on that now, but the best tool is always word of mouth, and this is a water-cooler movie and we’re in great shape with the holiday coming up,” she said.

Critics liked “Best Man Holiday” (72 percent on Rotten Tomatoes), but audiences loved it and gave it a rare “A+” CinemaScore, suggesting it will have a healthy shelf life over the holidays.

Relativity’s 3D animated turkey tale “Free Birds” was next with $8.3 million. It’s holding well too – off just 29 percent – and has brought in more than $42 million domestically after three weeks.

“Jackass Presents: Bad Grandpa” was fifth with $7.6 million, and the raunchy comedy starring Johnny Knoxville has now brought in more than $90 million for Paramount.

Oscar hopefuls “12 Years a Slave” and “Captain Phillips” were next with $4.8 million and $4.4 million respectively.

Fox Searchlight expanded the R-rated slavery saga by 267 into 1,411 theaters and it has now taken in $25 million in five weeks. Sony’s Tom Hanks piracy tale is about to cross $100 million domestically and has taken in more than $164 million worldwide.