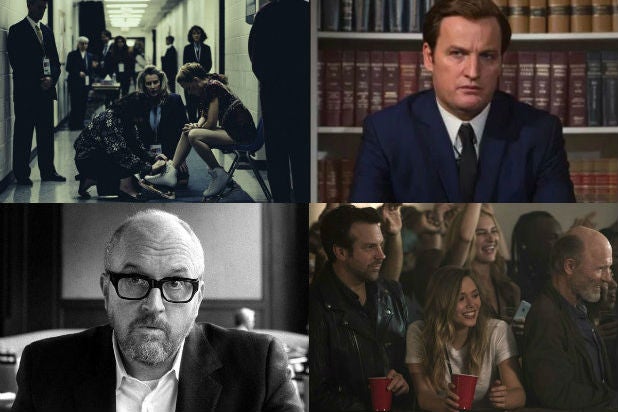 Close to $50 million has been spent so far on indie movies playing this year’s Toronto International Film Festival, but it’s safe to say distributors are balling on a budget.

With no outright smash and tons of pre-sold titles screening here at TIFF, acquisition conversations have been protracted and had without urgency, numerous industry insiders told TheWrap. No sales title has yet to top a $5 million price tag.

“We’re all sitting and waiting for the action, it’s been a bit slow,” one top platform distributor said, speaking on the condition of anonymity.

Another executive from a globally-known release company confessed to boredom, saying celebrity names and genre fare won’t cut it this year.

“Everybody wants new voices. You want the next ‘Moonlight,’ ‘The Witch’ or ‘Hell or High Water.’ There isn’t anyone like that this year,” the executive said.

There are some reliable bets — like Margot Robbie’s “I, Tonya,” arguably the package with the most heat walking into the festival. Craig Gillespie directed the delirious retelling of Tonya Harding’s Olympic scandal that left her competitor Nancy Kerrigan with a broken knee and Harding a decades-running punchline.

Tim League and Tom Quinn’s boutique label Neon and 30West (the next act of former CAA packaging agent Micah Green) landed domestic distribution for $5 million, individuals close to the sale said. Many expected the film to hit eight figures after its crowd-pleasing Friday premiere. Several companies, including Amazon Studios, dropped out after bids exceeded $2 million, one of the insiders added.

Louis C.K.’s mystery project “I Love You, Daddy” went to indie player The Orchard for $5 million. “Kodachrome,” an emotional if not formulaic comedy that has awards hopes for star Ed Harris, went to Netflix for $4 million. The streaming giant also scooped up Jim Carrey’s documentary about his relationship with and to quirk-master comedian Andy Kaufman.

Much more exciting than any individual title was the immediate gusto with which billionaire Byron Allen’s Entertainment Studios started spending (a ball no one else picked up). On Friday, the new market player bought Keanu Reeves’ “Replicas,” a CAA-packaged film that was shopped to buyers off the festival campus, for $4 million.

They also acquired the Ted Kennedy morality tale “Chappaquiddick,” directed by John Curran, for $4 million with a $16 million P&A commitment. Industry types have been bickering all weekend about the accuracy of calling it a $20 million sale, as several trades have, given the fact marketing costs are always accounted separately from acquisitions fees. Whatever the opinion, it’s undeniable that Entertainment Studios has money to spend and want to show off their taste.

Also Read: Louis CK's Comedy 'I Love You, Daddy' Sells to The Orchard for $5 Million

One competing indie distributor cautioned Hollywood not to doubt Allen and his team, pointing to the success of their schlocky deep-sea thriller “47 Meters Down.” The film made nearly $45 million on a $5.5 million budget.

“What they did with with the ‘Mandy Moore Fights Sharks’ movie? I wouldn’t bet against them,” the competitor told TheWrap.

Distributor darling A24 is here and not resting on its laurels, despite arriving to TIFF with a new crop of awards candidates in Greta Gerwig’s directorial debut “Lady Bird” and Sean Baker’s moving “The Florida Project.”

The “Moonlight” studio picked up the drama “1%” as well as “Hot Summer Nights,” a SXSW title with heatseeking actor Timothee Chalamet. Both deals were packaged with DirecTV.

“It makes A24 look busy and helps DirecTV out with prestige, when their SVOD titles get a theatrical release,” one dealmaker noted of the alliance. “That’s also 7-figures in free marketing they’ll on DirecTV get for both movies.”

Another interesting and possibly rich deal was tech giant YouTube Red closing on Morgan Spurlock’s “Super Size Me 2: Holy Chicken.” A sequel to his namesake food-crusading doc “Super Size Me,” YouTube Red paid $3.5 million for six months of exclusivity on the service, but will share 50 percent of revenue from all other sales windows like SVOD, TheWrap reported.

TheWrap sized up the TIFF film market last week, where numerous experts anticipated deep-pocketed streamers would continue to pay top dollar for filmmakers and stars. Two producers on the ground said it’s not as dramatic as some would like to believe.

“Passion is very important, and finding a buyer that understands the movie,” said Lemole.

“What was awesome about Netflix in the case of ‘Mudbound’ was that they loved the film as much as we did,” Zajaros added. “‘Mom and Dad’ is a different kind of movie, and our goal is to find a partner who understands it.”