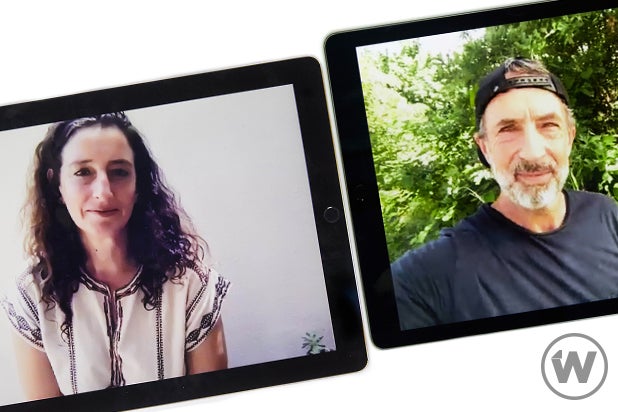 This story about “Tiger King” first appeared in the “Race Begins” issue of TheWrap’s Emmy magazine. It is one in a series of conversations about the effects of the coronavirus on the TV industry.

In the first month of isolation and social distancing, there’s no question which television series dominated social media conversation. Directors Eric Goode and Rebecca Chaiklin’s “Tiger King,” the WTF saga of a feuding group of private zoo owners, launched more memes, dropped more jaws and prompted more binges than any other bit of pandemic entertainment. The Netflix docuseries even led to a reporter asking President Donald Trump if he would pardon the mulleted central figure, Joe Exotic.

Obviously, you wouldn’t have spent years making “Tiger King” if you didn’t think it would be of interest to people. But could you ever have anticipated the sensation it became?
REBECCA CHAIKLIN No, I don’t think so. We thought we were making this really quirky film, where people would find it hard to believe that these characters actually existed. We were very enthralled with it, and it went through a huge evolution over the course of time. We were really enchanted and enraptured with this world, but we never expected the response.

ERIC GOODE I think we knew that it would be interesting to people, but we didn’t know we’d have a captive audience during the coronavirus. It started out as an exploration into wildlife trade issues, which is sort of ironic when you see where we are today, with the coronavirus stemming from wildlife trade and markets.

So we started out chronicling everything we could that involved the trade, from some of the worst bush meat markets in the world to the largest rancher of rhinos to the exotic wild animal markets in Thailand and Madagascar. And ultimately, we honed in on what was happening in the U.S. But we didn’t set out to do a documentary series on the subculture of tiger people.

How much of what it became do you think was due to the timing with the coronavirus?
GOODE We did recognize, and Netflix recognized, that this is a unique story on a lot of levels. But I think in this time of the coronavirus, it caught fire in a way that it would never have, because people have so much time on their hands to create memes and dress up as the characters. The phenomenon that it became had a lot to do with the timing.

CHAIKLIN And I think when reality is so bleak and unsettling and scary, it’s nice to be able to escape into this very colorful, kooky world and lose yourself in it.

CHAIKLIN And it’s surreal there are definitely some parallels between our main character and our president, I would say. And with the type of appeal they have to certain people.

Joe Exotic’s former zoo was in the news recently when it reopened and drew big crowds. Do you have any interest in continuing to document this story?
CHAIKLIN It’s obviously something we’ve thought about. We’ve just come off this wild whirlwind and of course we’re keeping tabs on what’s happening. But it’s not something concrete that we’re moving forward with at the moment.

Are there other aspects of the story that you originally set out to tell about the wildlife trade that you might want to revisit?
GOODE Yeah, of course. If we had the opportunity, there’s so much more that’s so apropros, so important at this moment — to seize the moment and address the issues regarding wildlife trade, wildlife trafficking and just the impact we have on biodiversity in general. With the coronavirus stemming from the wildlife trade, and SARS and Ebola and a number of others that come from pathogens that go from one species to the next and also move to us, I think it’s very telling and important to draw that connection.

We didn’t have the room when we were making the series to do everything that we had wanted to do. And maybe we will have that opportunity.

Since the pandemic began, self-help gurus were quick to suggest using the isolation to master a new craft — and these 10 reality shows are all you need to learn that new skill.

It's been over a month since most Americans bunkered down at home to wait out the coronavirus pandemic. Self-help gurus were quick to suggest using the isolation to take up a new hobby or master a new craft. But with so much time to spend on the couch, many people have resorted to binge-watching all the best shows streaming services have to offer. Feel unproductive? Don't. These 10 reality shows are all you need to learn that new skill.