The “High School Musical” franchise may be living on in series format over on Disney+, but the original performances are also finding new life on TikTok. In fact, one duo is re-creating scenes from the movie to near perfection.

Lexy Hutchinson and Crystal Hutchinson started their series on August 10, re-creating the entire “The Boys Are Back” number from “High School Musical 3: Senior Year.” And they made sure to get even the smallest details right, from Zac Efron and Corbin Bleu’s outfits to the franchise’s intricate choreography from Kenny Ortega.

In their latest video, the women performed Sharpay (Ashley Tisdale) and Ryan’s (Lucas Grabeel) version of “What I’ve Been Looking For” from the first “HSM.” And, as always, they nail it — right down to Sharpay’s sparkly wardrobe and Ryan’s bright green hat. 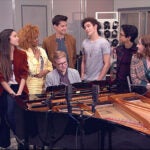 Obviously, the videos are hitting a particularly nostalgic note in the hearts of fans — and even some of the movies’ original cast members. Bart Johnson, who played Zac Efron’s father in the HSM franchise, commented on one video, praising the pair’s performance and attention to detail.

“This is GREAT!! On point, in sync, hair, wardrobe, ryan’s lame shorts… you guys can be on my team anytime! LET’S GO WILDCATS!!” Johnson wrote, capping it off with a basketball and paw prints emojis. 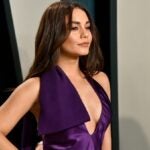 And if you’re looking for one in particular, you might be in luck. It appears the duo is taking requests on their account, and are willing to do some of the more insane numbers — including the fever dream that was “Humuhumunukunukuapua’a” from “High School Musical 2.”