This story about Tilda Swinton first appeared in the Cannes issue of TheWrap Magazine.

Like David Bowie and precious few others, she barely seems of this world. Tilda Swinton, an actress, artist, model and provocateur of Anglo-Scots descent but otherworldly mien, seems to be a visitor from a more rarefied and infinitely more interesting realm. She’s severe but open-hearted, impossibly striking, unbound by style or gender — it’s not for nothing that her breakthrough role came in “Orlando,” where she played a young nobleman who becomes a woman halfway through the film and announces, “no difference at all,” or that her role in “Snowpiercer” was originally written for a man.

“Snowpiercer” was directed by Korean auteur Bong Joon Ho, with whom Swinton has reteamed on “Okja,” which is part children’s story about the friendship between a young girl and a big, genetically engineered creature, and part cautionary tale of capitalism run amok. It can’t be easily classified — but then, neither can Swinton, who plays the scion of a wealthy family who is taking over its multinational corporation, and trying to put a happy face on its dark dealings.

Swinton stars opposite Jake Gyllenhaal, Paul Dano, Lily Collins and young Korean actress An Seo Hyun, and also serves as executive producer on the project. It marks the sixth film of hers that has gone to Cannes, after “Aria,” “Broken Flowers,” “The Man From London,” “We Need to Talk About Kevin,” “Moonrise Kingdom” and “Only Lovers Left Alive.” Most have come in the last decade of a 31-year career that began with a string of experimental films from Derek Jarman and has included only sporadic nods to the mainstream, among them “The Chronicles of Narnia,” “Michael Clayton” (for which she won an Oscar) and “Doctor Strange.” 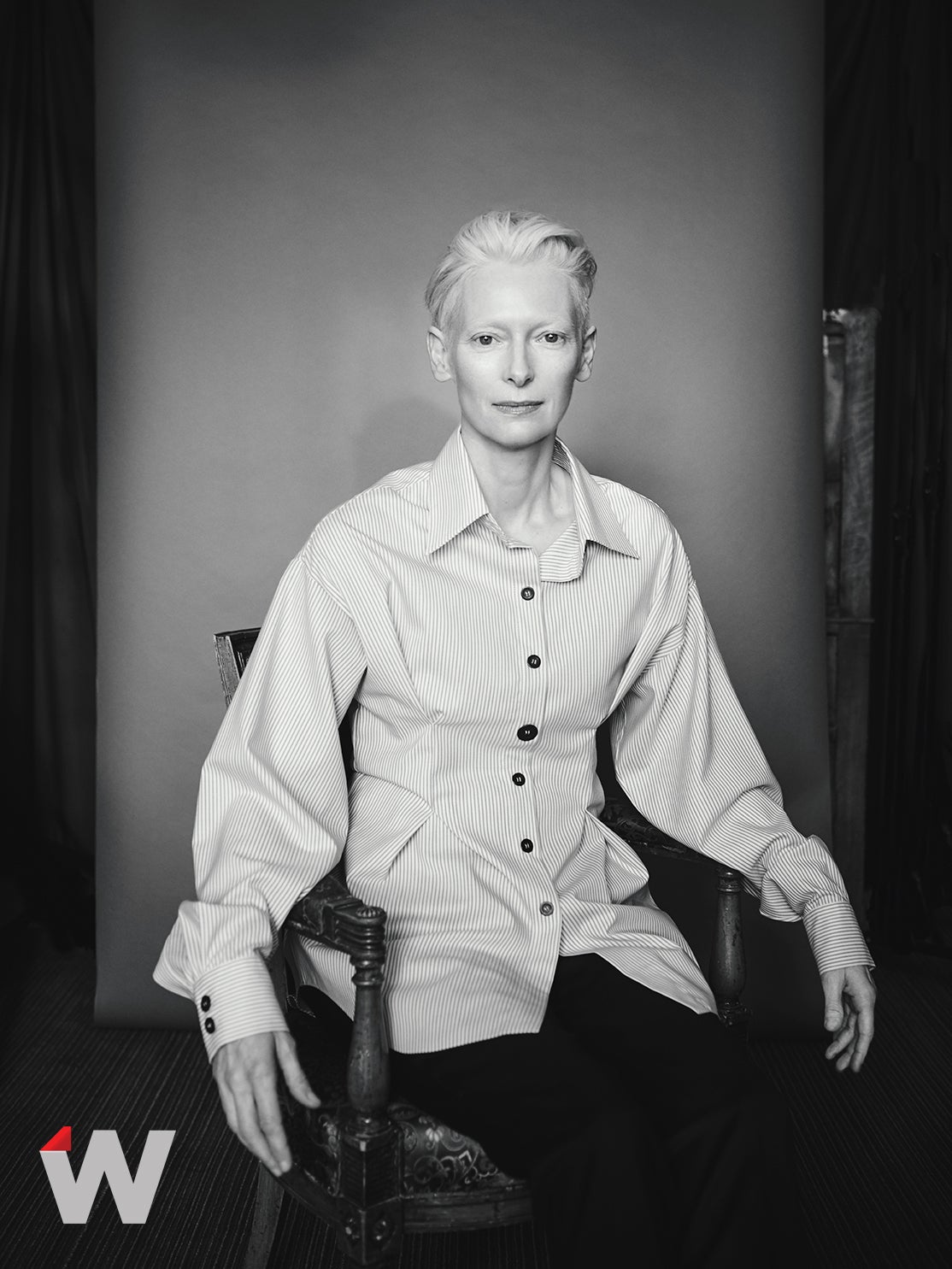 How did you first hear about the idea of “Okja?”
On our way to the airport after the premiere of “Snowpiercer” in Seoul, Director Bong showed me a small early drawing he had made himself of what looked like a strange sort of hippo and a girl. And told me a story about devoted love and heinous capitalistic deception.

Why did the idea appeal to you?
Because it promised so much of what we have always talked about adoring, especially in the work of the great Japanese master Hayao Miyazaki: a gallant young girl, a hymn to nature, ominous and ridiculous antagonists, action across continents.

As a producer on the film, were there certain areas in which your input was focused?
For a long time, the only people who knew about this project were the four of us original producers: Director Bong, Dooho Choi, Sandro Kopp and me. It was, as it usually is in such circumstances, a task involved with keeping true to that authentic spark from the earliest days — and protecting the freedoms needed to make something truly unique and untried. Sandro — who is also one of the creature designers on the film — and I were particularly invested in [the creature] Okja retaining the inspiration in her behavior and movement of one of our beloved Springer spaniels, Rosy, who was an early muse for Director Bong when he was conceiving the project. We had many highly involved conversations over Skype and continents about the exact rubberiness of Rosy’s jowls, etc.

How would you describe your character?
Lucy Mirando is heir to a rotten great fortune built on the corrupt and morally repugnant initiatives carried out by her father. The Mirando Corporation is, as she describes it herself behind closed doors, “the most hated agrochemical company on the planet.” Driven by a combination of impassioned narcissism and a competitive determination to do things differently, she is dedicated to fashioning a gleaming public image, to rebooting Mirando’s reputation in the shape of an eco-conscious and world-saving beacon of positivity. She will stop at nothing, certainly not the truth, in the pursuit of this aim: She is a liar, from start to finish. However, Lucy is not a great actress, has precious little natural charisma and needs to force the shtick to a somewhat painful degree. The spotlight is not her natural habitat and the sense of disconnect is palpable.

What were the keys to creating the look of the character?
She needed to be a construct, very painstakingly planned to be everything that — particularly — dominant American culture loves to be ruled by: flaxen, straight-haired, straight-toothed, vivacious, childlike in energy. We dressed her in her big press conference as part spa manager, part Barbie dollybird, part cult priestess. We had a plethora of influences.

Playing a woman who inherits wealth and power, did you draw at all from the scions of wealthy families who are currently coming to power? Any touch of Ivanka or the Trump boys in this?
When we shot in New York last summer, I stood watching the Republican convention on the television in our lunch break dressed as Lucy, watching a different daughter of a different dubious dynasty addressing, from a high podium, a big crowd with glossy blond hair, expensive orthodontics and modeling her Barbie-perfect modest dress (concurrently on sale online). Chicken? Egg? 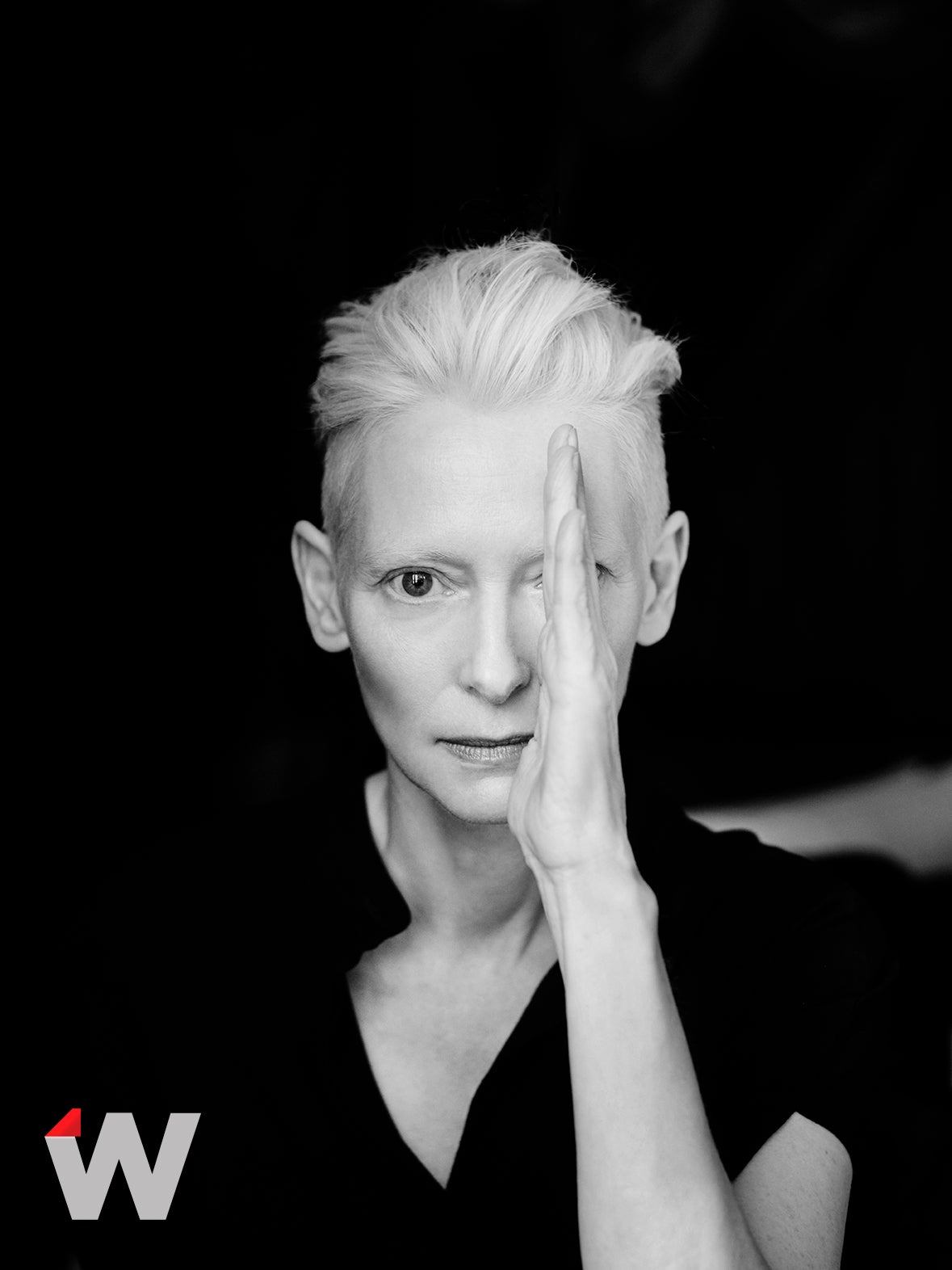 The film has been described, by its director and others, as being about the relationship between humans and animals, but also as a story about capitalism. What do you see as the key themes in this story?
Maybe, moral integrity? The unvarnished devotion between Okja and [the young girl] Mija, who cannot but tell the truth, shines out in the face of the adult humans they encounter who build their relationship to the world and each other through lies, insincerity and the cheating indirectness of subterfuge. I suggest that every new month that we live through, this film will come to shed new light on the web of the world we are living in, and our ways of treating each other, and our relationship to accountability, sincerity and mutual respect.

How do you find freedom as a performer within a vision as meticulous as Bong Joon Ho’s?
One of the most joyous things about working with Director Bong is that he has the film, once we start shooting, pretty well mapped out in his head, in terms of its cut, its rhythm, its texture. But he is absolutely up for and enthusiastic about dreaming up the detail with us all. This precision means, strangely enough, a great feeling of relief for his comrades. Between this and that exact delineation of space and time, he invites playfulness and an energy that can veer from natural to liberated to pretty wild. His amusement is the key factor, the eye of the needle. And his hand is always there to steer the ship.

There’s an old saying that you shouldn’t work with children or animals, both of which figure prominently in this film.
As usual, those old sayings should be taken with massive doses of salt. I suspect this old chestnut evolved because working with unselfconscious, fully sentient beings tends to show up any pomp or posturing anybody else is likely to bring with them. For the cast and crew of “Okja,” [child actress] An Seo Hyun and Okja were the co-stars of all our dreams, in every sense. 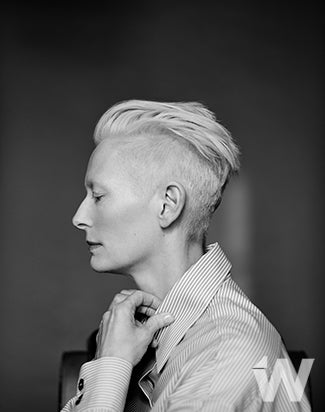 What were the biggest challenges, and also the biggest pleasures, for you in making the film?
The pleasure of making work with close friends, especially when what you are making is something you have labored over together from its very conception, is hard to beat. One of my dearest delights is introducing new playmates to each other: Kevin Thompson, the great production designer whom I first met on “Michael Clayton,” joined an already established band that included Catherine George, the brilliant costume designer from “We Need To Talk About Kevin” and “Snowpiercer.”

Further, we had the great good fortune to find staunch fellow travelers in Plan B, which made it possible for us to make this highly ambitious film — three-country shoot (Korea, New York City, Vancouver), highly sophisticated visual effects, etc. — in such a relatively graceful way. And the adventure of stepping out with Netflix, with all their support and enthusiasm for this project, has been a great experience.

You’ve been to Cannes several times in the past. Do you have any specific memories that stand out?
The first time I went to Cannes was in something like 1987 with Derek Jarman and a compilation film called “Aria,” which we had made a section of — an experiment in blowing up Super 8 to 35mm, which helped us to make “The Last of England” later on. We spent five days in a gang including Ken Russell, Nic Roeg and Robert Altman, amongst other giants. There was a great deal of champagne. I remember walking along the Croisette behind John Hurt and hearing everyone who passed him murmuring as they passed me, “l’homme l’elephant!,” “l’homme l’elephant!”

Robert Altman taught me to play blackjack in the Casino. None of us had seen the film before the screening, which was the final night. Derek was refused entry into the Palais for not wearing a bow tie. We borrowed one from a waiter. When we all saw the film, none of us liked it at all, but we had spent a magical school outing together, made friends for life and I doubt any of us ever forgot it.

Click here to read more from the Cannes issue of TheWrap Magazine.