Tim Meadows is rising to the occasion, helping to promote COVID vaccines with a PSA targeted at men.

The former “Saturday Night Live” funnyman joined a group of doctors in a spot produced by Urologists United for Vaccine Education, to share the warning that men who’ve had COVID are six times more likely to have erectile dysfunction, the group said. (Various studies around the country have documented this topic.)

The spot, which hit YouTube last week, features a host of men reminiscing fondly (mostly) about past erections. Meadows pops up around the 55-second mark.

“If I couldn’t have one, it would be devastating — and, kind of boring,” he says in the clip.

The video then cuts to three urologists, including Dr. Larry Levine of Chicago, Illinois, who shares the erectile dysfunction stat.

After initial shock over the news, Meadows suggests — strongly — that men go get vaccinated. 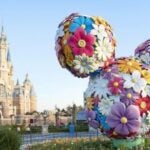 “What are you guys doing? Go get the vaccine. We’re talking about your future boners here, OK?” he said in the clip.