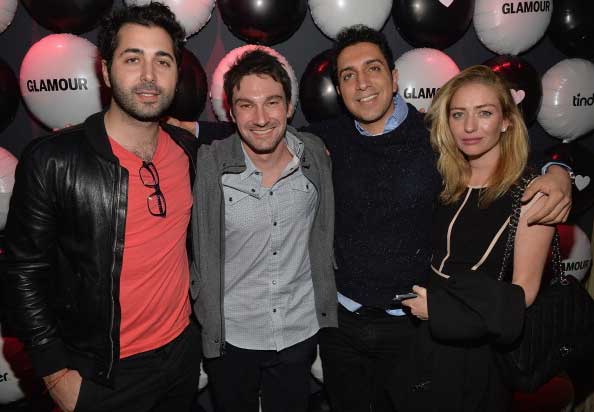 Whitney Wolfe, a former marketing vice president of Tinder and, in her estimation per the legal filing, one of the company’s co-founders, filed a sexual harassment lawsuit against her former company. Tinder’s parent company IAC responded by suspending the alleged instigator pending an investigation, TheWrap has learned.

The lawsuit, filed Monday at Los Angeles County Superior Court, which also names IAC and Match.com as defendants, claims Wolfe was frequently subjected to sexual harassment while employed for the extremely popular dating and hook-up app. The lawsuit also claims she was eventually stripped of her co-founder title just for being a woman.

According to the lawsuit, Justin Mateen, Tinder’s current Chief Marketing Officer, “repeatedly called Ms. Wolfe a ‘whore,’ including in front of CEO Sean Rad, and he told Ms. Wolfe that he was taking away her ‘co-founder’ title because having a young female co-founder ‘makes the company seem like a joke’ and ‘devalues’ the company.”

Tinder’s parent company IAC responded almost immediately to Wolfe’s lawsuit, suspending Mateen pending the results of their own internal investigation, which has already found some evidence of “inappropriate” actions.

“Through that [ongoing investigation], it has become clear that Mr. Mateen sent private messages to Ms. Wolfe containing inappropriate content,” an IAC spokesperson told TheWrap. “We unequivocally condemn these messages, but believe that Ms. Wolfe’s allegations with respect to Tinder and its management are unfounded.”

Wolfe, meanwhile, insists the company forced her out unfairly.

“I worked hard and rightfully earned my stake in the company. I was stripped of my job, co‐founder title and equity,” said Wolfe, in a statement explaining why she filed suit against Tinder. “This case is about being forced out of a company I helped build because I would no longer tolerate the gender discrimination and harassment. I had hoped this would be resolved confidentially, but after months of failed attempts, I have decided to pursue this suit.”

“It’s just really disappointing that Tinder treated Whitney so shabbily given her major role in its success,” added Tinder co‐founder Chris Gulczynski, as part of the same statement, which was released before IAC’s response and Mateen’s suspension.

Tinder and Match.com have not yet responded to a request for comment.