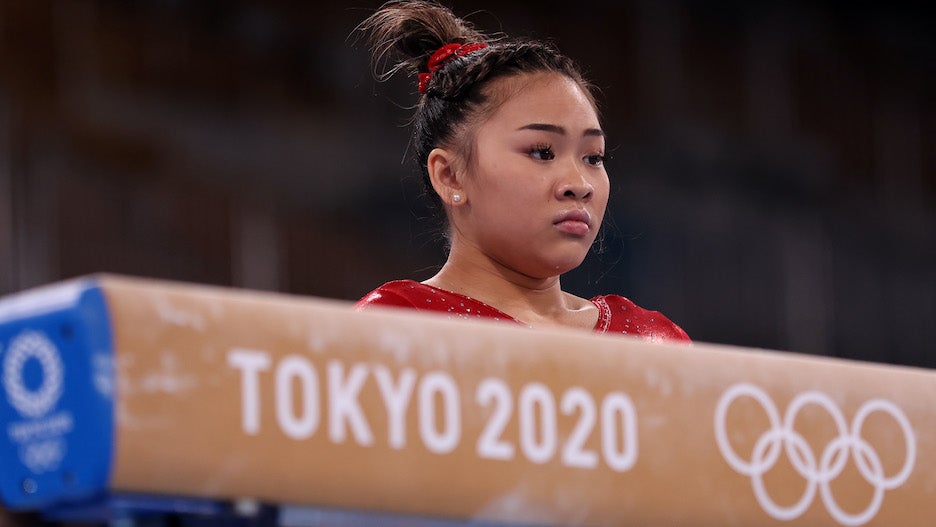 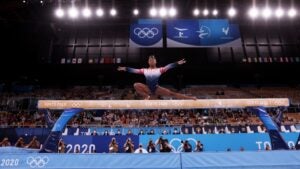 NBC Annoyed Olympic Viewers by Pushing Peacock – But Did It Drive Sign-Ups?

The Tokyo Olympics came one year late, but at least they happened. And they just so happened to be watched by 42% fewer viewers than the Rio Games in 2016, according to total audience delivery (TAD) tallies.

The all-in number of 15.5 million average viewers across the Tokyo Games includes NBC, its cable channels and digital properties — including Peacock. The numbers come from a combination of Nielsen and Adobe data, and combined are down from the 26.7 million total viewers, per night, from Rio.

We should note that the final Nielsen numbers for NBC’s primetime coverage of the Tokyo Olympics on Saturday and the Closing Ceremony on Sunday will be in Tuesday. 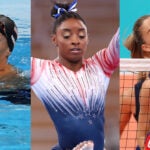 Earning gold, silver and bronze, respectively, were the first Sunday of competition (20 million viewers), the first Thursday (19.5 million) and the second Tuesday (17.4 million).

On the No. 1 night, NBC aired the women’s gymnastics team’s — including Simons Biles — qualifying round during that Sunday primetime broadcast. Additionally, American swimmer Caeleb Dressel took gold in the men’s 4x100m freestyle relay that evening, and Katie Ledecky won silver in the women’s 400m freestyle.

During the first Thursday of competition, American Suni Lee (pictured above) scored gold in the women’s gymnastics all-around and more medals went to U.S. swimmers. And on that second Tuesday, Biles’ won bronze in the balance beam — her only solo performance in Tokyo. That evening also included the women’s 400 meter hurdles final featuring Sydney McLaughlin, Dalilah Muhammad and a new world record. 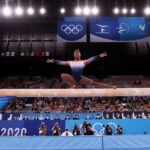 But the eyeballs were mainly there for Biles on Tuesday, who competed for the first time since she withdrew from the gymnastics women’s team all-around final a week earlier due to a mental block gymnasts call “the twisties.”

With the time zone differences, lack of in-person fans and generally downward ratings trends across all of television, no one expected Tokyo to hold up with Rio.

“Nothing brings NBCU together more than the Olympics, and no single property has a greater positive effect on our entire company,” Mark Lazarus, the chairman of NBCUniversal Television and Streaming, said in a statement on Monday. “The power of the NBC flagship broadcast again led the way with the most-watched night of TV across all networks every night for 17 days, cable records on USA Network, extensive Spanish-language coverage by Telemundo Deportes, and unprecedented streaming consumption – including sharply increasing signups, usage and awareness of Peacock. We were dominant across every platform. Our Olympic presentation has also provided unmatched promotion for the rest of the company, including TODAY and Nightly News, local newscasts on owned stations and affiliates, and for our Parks, including Universal Orlando Resort – the home base of the tremendous friends and family watch party that we created with the USOPC.” 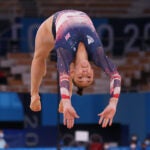