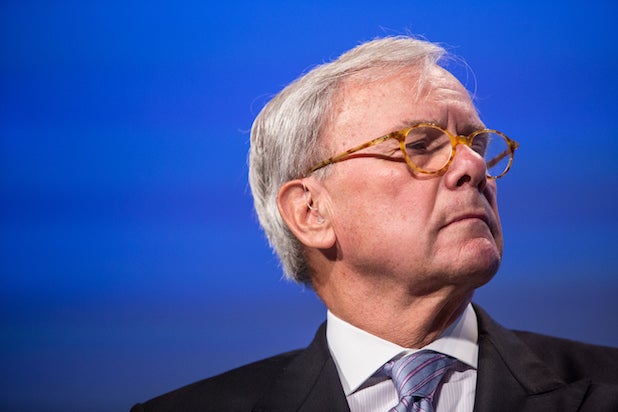 “In a personal note, NBC News Special Correspondent Tom Brokaw revealed he has been diagnosed with cancer and said he and his physicians are very encouraged with the progress he is making,” the news division wrote in a blog post.

NBC News said Brokaw had been diagnosed with multiple myeloma, a cancer that affects blood cells in bone marrow, in August, and the network called his prognosis “encouraging.”

Brokaw is best known for his 22-year run as anchor of “NBC Nightly News,” which ended in 2004. Since then, the veteran newsman has worked for NBC News as a special correspondent, and the news division said Brokaw has continued to work on special projects including contributing to NBC Sports’ Sochi Olympics coverage during his treatment.

Also read: Tom Brokaw: ‘All Is Well’ as He’s Released From Hospital (Update)

“With the exceptional support of my family, medical team and friends, I am very optimistic about the future and look forward to continuing my life, my work and adventures still to come.”

“I remain the luckiest guy I know.”

“I am very grateful for the interest in my condition but I also hope everyone understands I wish to keep this a private matter.”