Paramount+ has acquired the rights to “Finestkind,” a crime thriller that stars Tommy Lee Jones and Ben Foster.

Brian Helgeland, an Oscar-winner for “L.A. Confidential,” will both write and direct the film that will begin production later this month in Massachusetts. The film will also stars Toby Wallace and Jenna Ortega.

“Finestkind” will debut on Paramount+ in late 2022 in the United States. It will also be available on Paramount+ in Australia, Canada and Latin America as well as in the U.K., France, Germany, Italy, Switzerland and South Korea when the service launches in those markets later this year. 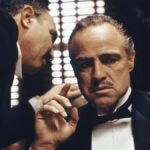 Set in New Bedford, Mass., America’s biggest commercial fishing port, “Finestkind” tells the story of two brothers (Foster and Wallace) from opposite sides of the tracks, who are reunited as adults over one fateful summer. When desperate circumstances force them to strike a deal with a dangerous Boston crime syndicate, a young woman (Ortega) finds herself caught in the middle. Along the way, sacrifices must be made, and bonds between brothers, friends, and a father (Jones) and his son are put to the test.

“Having spent a year after college as a Massachusetts fisherman, I created a script that brings a level of authenticity by being able to weave in my own personal experiences,” Helgeland said in a statement. “I come from a long line of commercial fishermen and have experienced their hard-working world firsthand. Through the help of our partners at 101 Studios, Paramount+ and Bosque Ranch, we will be able to accurately capture their endeavors at sea, as well as honor them for their immense contribution to society. I feel privileged for the opportunity to tell this story to audiences globally.” 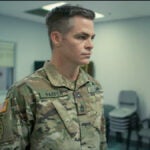 “Brian and I have dreamed about making this film for a long time. We have been friends and colleagues for over 30 years,” Foster added in a statement. “Brian’s powerful screenplay draws on his experiences growing up in the tough city of New Bedford, Mass. The authenticity of the piece and the richness of character combined with Brian’s directorial vision will elevate ‘Finestkind’ to an exciting cinematic ride, and is why we have attracted a stellar cast led by Ben, Toby, Jenna and Tommy Lee Jones. I couldn’t be more thrilled!”

“Brian is such an incredible filmmaker because of the stories he tells and the characters he creates. At 101 Studios, we aim to share films that spark conversations and engage audiences, and that’s exactly what ‘Finestkind’ does. With the immensely talented cast led by Ben, Toby, Jenna and Tommy, and with the help of our long-standing partners Paramount+, we couldn’t be more excited to be a part of this project,” Glasser, CEO of 101 Studios, said in a statement.

Helgeland most recently wrote the script for “Spenser Confidential” with Mark Wahlberg, and this is his first film in the director’s chair since 2015’s “Legend” with Tom Hardy. 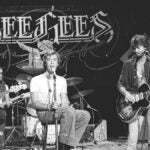