The search for the missing animal performer began last year when PETA successfully sued the Missouri Primate Foundation over its dismal housing conditions for several chimpanzees, including Tonka. When the animal rights organization moved to rescue Tonka and six other primates from the facility in July 2021, his owner Tonia Haddix claimed that Tonka had “died.”

According to a press release from PETA, Haddix “falsely and perjuriously claimed under oath that he had died prior to the transfer” of heart failure following a stroke. Haddix went so far as to submit court documents describing how Tonka’s body had been cremated in a fire pit, Rolling Stone reported. 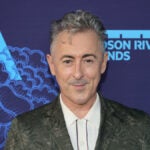 Their effort paid off when PETA obtained a recording of a phone call in which Haddix “asserted that Tonka was still alive but would be euthanized on June 2.” The nonprofit filed an emergency temporary restraining order to stop Haddix from going forward with the euthanization or from moving him out of her Clever, Missouri property.

When authorities arrived at her home, they found Tonka alive and in the company of “a 60-inch TV” and an “interactive iPad-like touch device,” Rolling Stone learned. He’d also enjoyed a St. Patrick’s Day celebration with some of Haddix’s close friends. 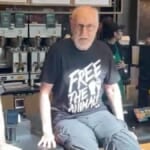 Though Haddix admitted to faking Tonka’s death, she insisted that she hadn’t immediately planned on the euthanization. She claimed that she decided to fake his death after Tonka allegedly suffered the stroke, unable to stand parting with him. In her telling of events, Tonka’s doctor had simply planned to stop by that day to check up on the ailing chimp.

PETA is now arranging for an independent veterinarian to tend to him; if he’s determined to be healthy enough to travel, PETA will arrange to send him to an accredited facility, “where he can get the care he desperately needs,” it said in the press statement.

This is hardly Haddix’s first run-in with the law or with PETA, whose court battles began in 2018. “Honey, I’ve been held in contempt of court three times,” she told Rolling Stone. “I have paid $50 a day [in fines]. I’ve been through the mill. I’m sure that there’ll be some jail time in this. Do I care? No, I don’t care. It’s because it’s about that kid. As long as that kid is safe, I don’t care about nothing out there.”

Haddix claimed that after a lifetime of human interaction, Tonka would not survive in an animal sanctuary. “If anybody knows Tonka, Tonka is not a normal chimpanzee,” she told Rolling Stone. “He is a people chimpanzee because he was raised for the movie sets and he could care less about other chimpanzees.”

A court hearing is scheduled for June 15, “at which time Haddix will have the opportunity to present her case and at which point her perjury and contempt of court will be addressed by officials,” PETA stated, adding that Tonka will be the 20th chimp rescued from roadside zoos and private owners since 2013. 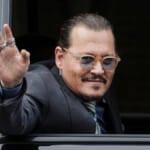