The return of live theater to Broadway stages is getting closer, and the Tony Awards will celebrate with a concert special fittingly titled “Broadway’s Back!”

The live special will air immediately following the Tony Awards for the 2019-20 Broadway season that was cut short due to the COVID-19 pandemic. It will air on CBS and on demand through Paramount+ and the CBS app on Sunday, Sept. 26.

First up, the American Theatre Wing’s 74th Annual Tony Awards will air live at 7 p.m. ET/4 p.m. PT exclusively on Paramount+. The “Broadway’s Back!” special, which will then begin immediately after the ceremony starting at 9 p.m. ET, will feature special performances from the three Best Musical contenders: “Jagged Little Pill,” “Moulin Rouge! The Musical” and “Tina – The Tina Turner Musical.” 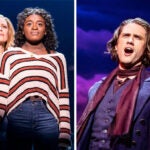 The “Broadway’s Back” special will also feature the live presentation of the winners in three of the Tony Awards categories, including Best Play, Best Revival and Best Musical. View the full list of nominees for this year’s ceremony here.

Other details, such as a host or other productions and performances that might be celebrated, will be announced in the coming months.

“After this devastating past year and a half for our industry, our city and for the entire world, we are excited to finally be able to celebrate the return of Broadway, our Tony Award nominees and winners in this new and exciting format,” Charlotte St. Martin, president of The Broadway League, and Heather Hitchens, president and CEO of the American Theatre Wing, said in a joint statement. “There is nothing that compares to the magic of live theater — and we are thrilled to be able to share its celebratory return and the incredible talent and artistry of the abbreviated 2019-2020 season with theatre fans everywhere.” 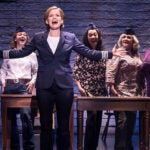 “We are thrilled to bring the best of Broadway to television viewers who have been through so much without the joys, comfort and excitement that live theatre provides,” Jack Sussman, EVP of Specials, Music, Live Events and Alternative Programming at CBS Entertainment, said in a statement. “With the combined power of CBS and Paramount+, the show will honor this year’s Tony Award nominees and winners in a new format unlike any other, and celebrate the iconic music, memorable performances and unique personalities that make Broadway so special.”

While New York City upped its capacity limits this month and cleared the way for a reopening, Broadway will return with full capacity this September. For a full updating list of when specific shows will return to the stage, click here.