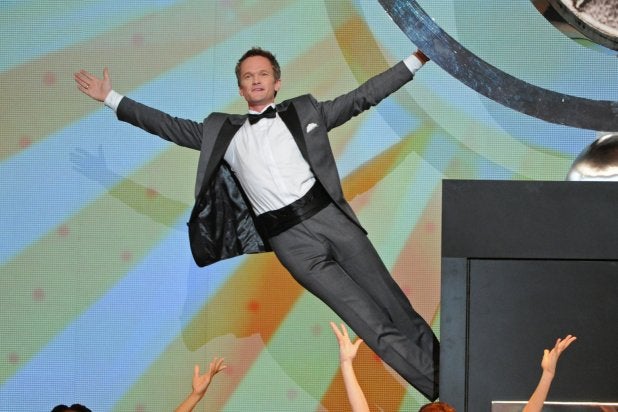 The 69th Annual Tony Awards will be broadcast live from Radio City Music Hall in New York City on Sunday, June 7 on CBS, the network announced Monday. The awards have been broadcast on the network since 1978.

Ricky Kirshner and Glenn Weiss of White Cherry Entertainment will return as executive producers. Weiss also will direct for the 16th consecutive year.

The ceremony, hosted last year by Neil Patrick Harris (pictured), is presented by Tony Award Productions, a joint venture of the Broadway League and the American Theatre Wing, which founded the Tonys.

A host has not yet been named for next year. The nominations will be announced live on Tuesday, April 28 from New York City.

The 2013 Tony Awards broadcast was recently honored with three Primetime Emmy Awards in the categories of Outstanding Directing for a Variety Special, Outstanding Special Class Program and Outstanding Original Music and Lyrics.