Tony Dow, who was best known for playing Wally on “Leave It to Beaver,” has died at 77. Confirmation of the actor’s death comes after it was prematurely reported by a since-deleted post on his official Facebook.

“We have received confirmation from Christopher, Tony’s son, that Tony passed away earlier this morning, with his loving family at his side to see him through this journey,” a new post on the account reads. “We know that the world is collectively saddened by the loss of this incredible man. He gave so much to us all and was loved by so many. One fan said it best—’It is rare when there is a person who is so universally loved like Tony.'”

Dow was re-diagnosed with liver cancer in May. On Tuesday, the star’s official Facebook page erroneously announced his death, which included statements from family members. That post was deleted as his son, Christopher Dow, told Fox News Digital that his father was alive but living out his “last hours” in hospice care, which was later confirmed to CBS News by Dow’s wife, Lauren. 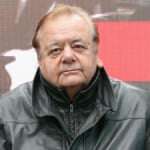 Wednesday’s announcement continued, “Our heart goes out to Tony’s wife, Lauren, who will miss her soulmate of 42 years…To his son, Christopher, who will dearly miss his father, who was also his best friend…to his daughter-in-law, Melissa, who loved him like her own father…To his Granddaughter, Tyla, who will undoubtedly carry on her Grandfather’s kind soul, To his Brother Dion and Sister-in-Law, Judy, and to all of his extended family and friends. Words cannot express how much we will all feel his absence, but will cherish the memories he left to each and every one of us.”

Christopher’s statement added, “Although this is a very sad day, I have comfort and peace that he is in a better place. He was the best Dad anyone could ask for. He was my coach, my mentor, my voice of reason, my best friend, my best man in my wedding, and my hero. My wife said something powerful and shows the kind of man he was. She said: ‘Tony was such a kind man. He had such a huge heart and I’ve never heard Tony say a bad or negative thing about anyone.'”

Aside from portraying Wally Cleaver, the title character’s (Jerry Mathers) older and reliable brother, from 1957 to 1963, Dow appeared in many other TV series, including “Adam-12,” “My Three Sons,” “Mod Squad,” “Emergency!,” “The Love Boat,” “Murder, She Wrote” and “Knight Rider.” He later reprised his iconic sitcom role for 1983’s TV reunion movie “Still the Beaver” and the Disney Channel’s 1980s sequel series, “The New Leave It to Beaver,” for which he wrote a 1986 episode. Dow also played the role in a crossover episode for “The Love Boat.” Additionally, he portrayed a version of Wally in the 1977 sketch comedy film “The Kentucky Fried Movie.” 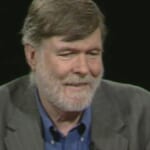 Three years later, he made his directorial debut with an episode of “The New Lassie,” a revival of another 1950s favorite that aired in syndication. He went on to helm episodes of “Get a Life,” “Harry and the Hendersons,” “Coach,” “Honey, I Shrunk the Kids,” “Star Trek: Deep Space Nine” and “Babylon 5.” He also served as the visual effects supervisor for “Babylon 5.”

Dow was born to mother Muriel Montrose, a stunt woman in early Westerns and who served as Clara Bow’s double, on April 13, 1945 in Hollywood. Prior to show business, he joined the U.S. Army National Guard in 1965 and was a junior Olympics diving champion. Outside of the industry, Dow was a modern-art sculptor, and one of his bronze statues ended up in an annual exhibition at the Louvre in Paris. 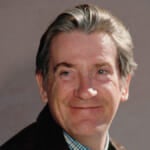