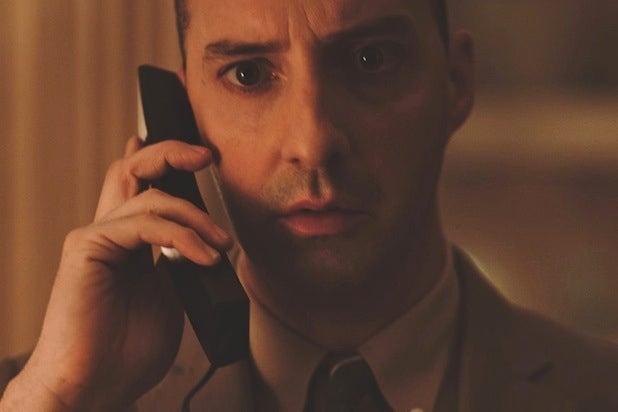 Added to a lineup that already included “Satellite Beach,” starring and directed by Luke Wilson, and a new short from animation pioneer Bill Plympton, the new films will make the Aug. 14 program the most star-heavy opening night in HollyShorts history.

“Veep” star and Emmy winner Hale will be on hand for Stephanie Laing’s “Trouble and the Shadowy Deathblow” (photo at top), a wry short in which he stars as a mild-mannered and down-on-his-luck food scientist who learns a mystical and uncommonly effective martial-arts technique. Cast members Andy Buckley (“Bridesmaids”), Tim Baltz (“Drunk History”) and Frankie Faison (Banshee”) will also be at the screening, as will “Eastbound and Down” star Danny McBride, who has worked with Laing.

See video: ‘Veep’ Star Tony Hale on Why Julia Louis-Dreyfus Tries to Mess Him Up (Video)

Edoardo Ponti, the son of Italian screen legend Sophia Loren, will showcase his new short, “The Human Voice,” an adaptation of a Jean Cocteau play that stars his mother and screened at this year’s Cannes Film Festival.

The short horror film “The Visitant,” directed by Nick Peterson and produced by “Napoleon Dynamite” star Jon Heder, will also screen at the festival. It stars Amy Smart and Doug Jones, who is best known for playing creatures in Guillermo del Toro‘s “Pan’s Labyrinth” and “Hellboy.”

Other opening-night films will include Renny Maslow’s “Effed,” with Ethan Sandler, Adrian Wenner, Zach Braff and Ted Levine; and David Martin Porras’ “Inside the Box,” with Wilson Bethel and Regina King.

The opening-night program will take place at the TCL Chinese Theatre in Hollywood, with the festival running from Aug. 14 through Aug. 23. The festival will also award nearly $200,000 in production and scholarship prizes.

Tickets are available at www.hollyshorts.com.