1. “Avatar” comes out of hiding.  It screened for the press on Dec. 10, and instantly went from the year’s biggest, most expensive question mark to the year’s hottest film. 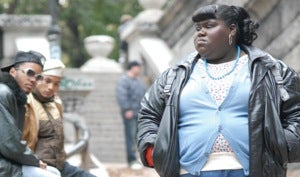 2. The Academy goes to 10 Best Picture nominees. And suddenly twice as many films were convinced they had a shot at a nomination.
3. “Precious” runs the table at Sundance and Toronto. A small, dark, urban horror story with few expectations took home the top audience award at the Sundance Film Festival, putting it into the awards picture – and then did the same eight months later in Toronto, securing its status as a frontrunner.
4. Three of the big four stumble. Before they were screened, “Invictus,” “Nine” and “The Lovely Bones” sat atop many lists of likely Oscar contenders. After they were unveiled in November and December, they were still presumed to be in the running for nominations – but nobody was picking any of them to win anymore. (As for the fourth — see "Avatar," above.)
5. “A Single Man” picks up suitors at the Venice and Toronto.  At a time when few films were landing deals, the Weinstein Company outbid Miramax and Summit for Tom Ford’s directorial debut, and revved up an Oscar campaign. 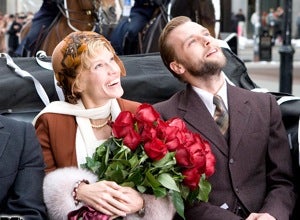 6. “Amelia” bombs. Mira Nair’s film was thought to be a likely Oscar contender, and Hilary Swank a sure nominee … until people saw the movie.
7. “Crazy Heart” screens for small groups of critics and bloggers. With “Amelia” out of the awards picture, Fox Searchlight took a small movie that had been made for TV and turned loose by Paramount, and used a couple of early screenings to create so much buzz that Jeff Bridges suddenly became a best-actor favorite.
8. “This Is It” brings down the house at the Academy.  A movie cobbled together from Michael Jackson’s rehearsal footage couldn’t possibly be an Oscar contender, said the conventional wisdom.  Then Kenny Ortega’s film drew a full house to its AMPAS members screening, and the crowd was as enthusiastic as any Academy audience in years.
9. “Anvil!” picks up celebrity endorsements.  A low-budget 2008 documentary about a sad-sack Canadian heavy metal band was low on everybody’s radar until it became a fave of Tilda Swinton, Catherine Keener, Michel Gondry …  Now it’s the big winner at the International Documentary Awards.
BACK TO MAIN PAGE
x
Looks like you're enjoying reading