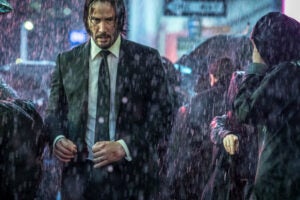 This year’s TIFF wasn’t dominated by awards contenders, but its heart was in smaller films from underrepresented voices who deserve to be heard

What if they threw a fall film festival and it didn’t really have anything to do with Hollywood’s awards season?

The Toronto International Film Festival has been doing something like that over the past week. The splashiest part of its annual festival is usually devoted to Hollywood studios showing off their biggest awards contenders in front of industry and press from around the world, but this year’s COVID-19 edition has stripped out virtually all of the press and industry and most of the Hollywood studio movies.

What did that leave? Well, it actually left TIFF 2020 as a vehicle for a rich collection of smaller films that in many cases showcased the voices of directors from underrepresented groups, and told stories of communities that are often overlooked. In other words, the festival produced exactly what its organizers wanted.

Also Read: Fall Film Festivals Struggle for Relevance in the Year of Coronavirus

It wasn’t the usual TIFF, or anything like that, but if you adjusted your expectations it was a satisfying collection of films and a way to turn a massive, crowded annual event into a smaller, mostly virtual one that worked on its own terms.

I missed the usual TIFF, and I want it be there to see it return next year — but after seeing more than 30 of the features that were programmed this year, I feel as if I’ve gotten some dispatches from some interesting new voices and from corners of the cinema world that might have been overlooked in the usual lineup of half a dozen gala premieres each night.

And, by the way, it did produce one bona fide Best Picture contender that will be in this year’s awards race for the long haul, Chloe Zhao’s luminous “Nomadland,” starring the essential Frances McDormand. It also delivered an animated film that could be a real contender, Apple’s “Wolfwalkers,” a handful of international films that will likely end up in the Oscar race and more than a dozen strong documentaries, including “MLK/FBI,” “Notturno,” “Enemies of the State,” “The Truffle Hunters” and the moving Chinese film “76 Days,” an astounding chronicle of the early days of the COVID pandemic in Wuhan.

While that’s a decent start for any awards season, it’s not the overflowing abundance of riches that Toronto normally provides. But the pandemic and the timing forced a different kind of festival.

The media and industry was asked not to come to Toronto, but instead to watch the films in a digital screening room that made a handful of films available each morning, usually for 48 hours. The lineup, which typically consists of more than 200 features, was trimmed to 50 films in the main selection, another 10 in special screenings and an additional 30 in a “TIFF Industry Selects” section for buyers. While some screenings did take place in Toronto, those were for local audiences and were held in drive-ins or socially-distanced theaters.

And with the Academy Awards delayed for a full two months to April 25, 2021, and the eligibility deadline to qualify for the Oscars extended all the way to Feb. 28, few studios felt compelled to showcase their top contenders a full seven months before the ceremony. Netflix, for instance, declined to send any of the movies from its robust slate of awards contenders, although Aaron Sorkin’s “Trial of the Chicago 7” did get a special Q&A panel presentation.

Netflix is also finalizing a big-money deal for the TIFF title that had the stealthiest and most curious premiere, Halle Berry’s directorial debut, “Bruised.” Not only was the MMA-themed film not made available on the press and industry screening site, reviewers were not given access to the film via outside links, the way they were for the handful of other films unavailable on the media site. The only way for the media to see it was to be in Canada for a festival screening, which wasn’t feasible since the festival told journalists to stay home — so although the film had a gala presentation on Saturday, reviews are conspicuously missing.

(Then again, who needs reviews when you’ve got a Netflix deal in the works?)

With the new approach, the heart of the festival in some ways became the films that often seem to exist in the shadows cast by the major-studio releases. The highlights included smaller indies like Tracey Deer’s “Beans” (the coming-of-age story of an indigenous girl in a time of social turmoil), Ben Sharrock’s “Limbo” (a touching and wry piece about a Syrian refugee held in limbo on a remote Scottish island), Michel Franco’s “New Order” (a brutal and timely drama about class tensions in Mexico), Ricky Staub’s “Concrete Cowboy” (the tale of a community that formed around stables in North Philadelphia) and Charles Officer’s “Akilla’s Escape” (cycles of violence stretching from Jamaica to New York, with a wrenching performance from Saul Williams).

All of those brought to cultures and communities not often represented onscreen, and showcased the kind of voices that festivals like TIFF exist to find and support. If this was a smaller, odder, more frustrating Toronto, it was also an unexpectedly rich one — and one that shows why it makes sense for festivals to keep going in whatever way they can.

The festival will end on Saturday, Sept. 19.