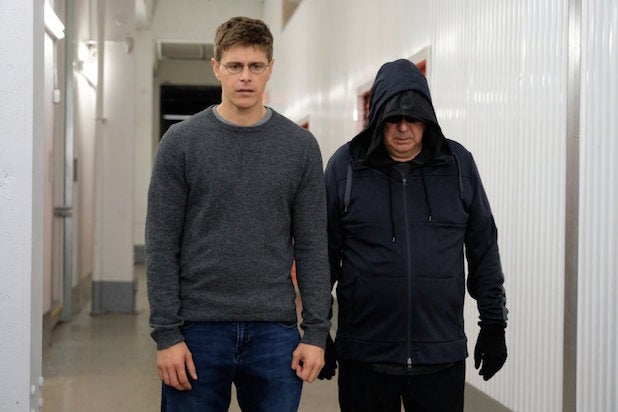 "The Fall of the American Empire"

Nine of the films are directed by women, fsix are debut features and 14 are world premieres.

Canadian features will include Arcand’s “The Fall of the American Empire,” Giroux’s “The Great Darkened Days” and Sweeney’s “Kingsway.”

Three of the films – Gwaii Edenshaw and Helen Haig-Brown’s “Edge of the Knife,” Darlene Naponse’s “Falls Around Her” and Miranda de Pencier’s “The Grizzlies” – feature indigenous talent.

A special event will screen the documentary “Sharkwater Extinction,” the final film from director and conservationist Rob Stewart.

The Toronto festival also announced four Canadian actors and filmmakers who will participate in the TIFF Rising Stars program: Devery Jacobs, Lamar Johnson, Michaela Kurimsky and Jess Salgueiro. Salgueiro, Johnson and Kurimsky appear in the TIFF films “Mouthpiece,” “The Hate U Give” and “Firecrackers,” respectively, while Jacobs is an actor and filmmaker whose short film “Rae” won awards at shorts festivals.

It also revealed the six participants in the Telefilm Canada’s Pitch This! competition, and the 22 emerging filmmakers who have been chosen for the TIFF Filmmaker Lab, which this year will be headed by producer Cassian Elwes and Elizabeth Karlsen and directors Julie Dash and William Oldroyd.

In addition, TIFF announced two dozen Canadian shorts that will screen at the festival.

More films and programs will be announced in the coming weeks. The 2018 Toronto International Film Festival will begin on Sept. 6 and run through Sept. 16.

The Canadian features, by section: