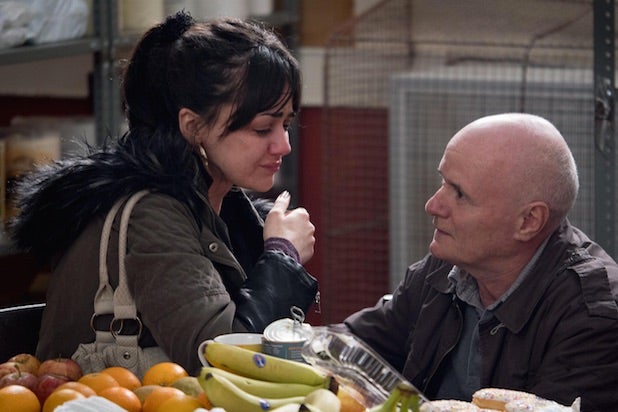 This year’s Palme d’Or winner, a Terrence Malick documentary, films featuring Bryan Cranston, Oscar Isaac and Christian Bale, two movies with Kristen Stewart, new films by Pedro Almodovar, Walter Hill and Wim Wenders and that film-festival staple, a James Franco movie, are among the more than 100 new films that have been added to the lineup at the 2016 Toronto International Film Festival.

TIFF announced new films in its Galas, Special Presentations, Masters, Contemporary World Cinema, City to City and Wavelengths sections on Tuesday, pushing its total program toward the 300-plus films that will be showcased at the festival, which runs from September 8 to 18.

The two new Toronto Film Festival galas are “Norman: The Moderate Rise and Tragic Fall of a New York Fixer” by the Israeli director Joseph Cedar (“Footnote”), starring Richard Gere and Steve Buscemi, and “The Promise,” a wartime drama starring Isaac and Bale and directed by Terry George (“Hotel Rwanda”).

Films in the Masters section include “Personal Shopper,” the moody ghost story from Olivier Assayas starring Kristen Stewart. It is one of a number of movies in the section that that previously screened in Cannes, including Pedro Almodovar‘s “Julieta,” Brillante Mendoza’s “Ma Rosa,” Cristi Puiu’s “Sieranevada,” Hirokazu Kore-eda’s “After the Storm,” Cristian Mungiu‘s “Graduation,” Mahamat-Saleh Haroun’s “Hissein Habré, A Chadian Tragedy” and “The Unknown Girl” by the Dardenne brothers.

Three of the films will feature special guests from the Munk School of Global Affairs doing talks after the screenings: Janice Stein (whose expertise is in international conflict management) will follow Maysaloun Hamoud’s “In Between,” Ron Levi (crime and violence) will speak after Avi Nesher’s Past Life, Rita Birla (Indian economics) will follow Lee Tamahori’s “The Patriarch” and Stephen J. Toope (international law and human rights) will speak about Ryszard Bugaiski’s “Zaćma: Blindness.”

The City to City section, which singles out the cinema of a different foreign city each year, will spotlight eight films from Lagos, Nigeria. Kemi Adetiba’s comedy “The Wedding Party” will be the section’s opening-night film.

The Lagos-based actors OC Ukeje and Somkele Iyamah-Idhalama will be included in the TIFF Rising Stars program, while Nigerian actor/producer/singer Genevieve Nnaji and actor/producer/director Kunle Afolayan will participate in TIFF’s In Conversation With… program.

Finally, the festival announced its Wavelengths program, which is made up of 51 features, short films, videos and installations out of the cinematic mainstream. The section will include Filipino director Lav Diaz’s “The Woman Who Left,” Catalan filmmaker Albert Serra’s “The Death of Louis XIV” and “Singularity,” Sergei Loznitsa’s “Austerlitz,” Oliver Laxe’s Moroccan-based “Mimosas” and Scottish artist Douglas Gordon’s “I Had Nowhere to Go,” a portrait of filmmaker Jonas Mekas.

IN CONVERSATION WITH…
In Conversation With… Genevieve Nnaji and Kunle Afolayan