The Toronto International Film Festival is planning a return to an in-person format for 2022 and will welcome back guests who are both local to Toronto and Canada as well as international guests, TIFF said in a statement Thursday.

After 2020’s TIFF went virtual due to COVID, last year’s TIFF had some guests in-person, but the festival was largely slimmed down, and the same buzz and parties that usually surround the festival were, “essentially missing,” as TheWrap’s Steve Pond wrote at the time. 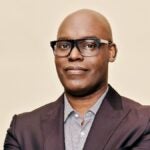 “We’re thrilled to share this news about TIFF 2022 and to introduce fresh voices to our programming team,” Cameron Bailey, CEO, TIFF, said in a statement. “Their expertise, passion, and perspectives will both deepen and broaden TIFF’s curation. As we prepare our selections both for TIFF Bell Lightbox year-round and for the 47th Toronto International Film Festival, we can’t wait to see what our new programmers will add to the mix.”

Toronto also added new members to its programming team for 2022, including new hires and some promotions from across the team.

“Veteran TIFF programmer Jane Schoettle returns to lead programming of our Special Presentations section,” Bailey said in a statement. “Jane has a long history of finding some of our Festival’s top audience favourites, and for spotting the hottest sales titles as well. Jason Ryle joins us in a new role, selecting Indigenous-made films from around the world, which will be programmed across existing Festival sections. Last year, Jason curated the Festival’s ‘Celebrating Alanis Obomsawin’ spotlight, and was previously executive director of imagineNATIVE. Journalist Kelly Boutsalis joins TIFF as associate programmer for Canadian feature films, and Ravi Srinivasan rejoins TIFF in a full-time role as senior manager, TIFF Programming. He’ll contribute to the Festival’s programming of Canadian feature films and films from Southeast Asia.” 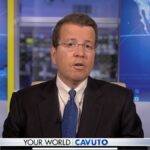 ”I am thrilled to be leading this team of innovative, film-loving professionals. The last two years set the stage for change, and TIFF has embraced it — we are refocused on brave, authentic curation, on engaging stories and bringing audiences together. And while James Quandt’s retirement left a large void to fill, it is very exciting to announce that longtime Festival programmer Andréa Picard has stepped into the full-time role of senior curator, TIFF & TIFF Cinematheque.”