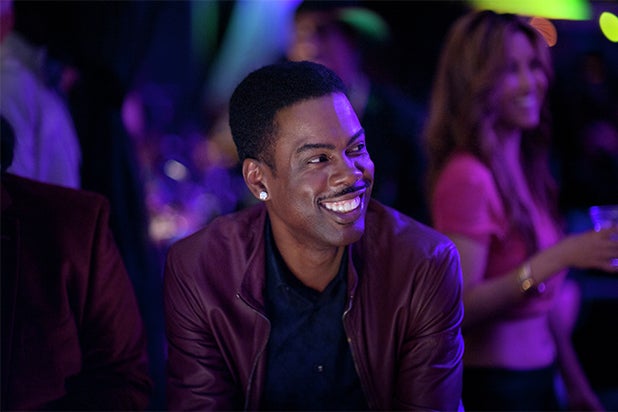 While the new kids on the distribution block made good use of their checkbooks this week at the Toronto International Film Festival, Paramount proved that the major studios are still the schoolyard bullies of the acquisition sandbox.

“There were multiple studio offers on ‘Top Five,’ so we were never going to compete with Paramount and get that film,” admitted Bill Bromiley, president of Saban Films, which instead made off with John Travolta‘s crime drama “The Forger,” the Adrien Brody-Hayden Christensen action-thriller “American Heist” and Taylor Lautner’s parkour picture “Tracers.”

Also read: Toronto Documentaries Serve Up a Menu of Murder and Lies

“We probably got ‘The Forger’ because we knew there’s a certain way to handle it. It’s not formulaic, so you can’t just take it wide. We started tracking that one during production. We had read the script and knew one of the producers, which always helps. John looked great, and it felt like a return to a younger Travolta. There were lots of offers on the films we got but we were aggressive in our pursuit of those titles. I didn’t expect us to come away with three films. We didn’t have a number in mind but that’s aggressive,” said Bromiley.

“With films that are geared more towards traditional theatrical release — either because their ancillary value isn’t as great or it’s just a great film that warrants it — that’s where we lose out to the studios which are more established. Every movie’s pie-in-the-sky dream is a wide release and that’s where we fall behind a bit, but where we excel are those films that don’t quite qualify as wide releases,” explained Bromiley.

“People were hesitant to pull the triggers on deals and we benefitted from a market that was mediocre,” according to Bromiley, who took advantage of that reluctance for Saban Films’ benefit. “Not only are we new, but we have solid financing and backing. That’s a double whammy and it’s been advantageous for us. Haims’ name is well-known in the industry and well-respected. It’s not like we’re a start-up company that’s financed by a bunch of Wall Street money that no one knows anything about. He’s behind us and he’s someone who people want to be in business with.

After making a splash in Cannes with its acquisition of Tommy Lee Jones‘ drama “The Homesman,” which was submitted to Toronto but failed to crack the festival’s lineup, Saban Films continued to makes waves north of the border. The company was joined by Andrew Karpen’s Bleecker Street, which made a move to pick up Ed Zwick’s chess movie “Pawn Sacrifice,” starring Tobey Maguire as Bobby Fischer.

It wasn’t long ago that Radius and A24 were in the same position as Saban Films and Bleecker Street — eager to carve out an identity for themselves. Now that both companies have established themselves, they wasted no time in filling their distribution pipelines with Toronto product.

A24 struck early, buying Noah Baumbach‘s star-studded comedy “While We’re Young” following its world premiere as well as its pre-festival acquisition of the Liam Hemsworth thriller “Cut Bank,” which it will release in conjunction with DirecTV.

Radius was the most active company in Toronto, picking up Chris Evans‘ directorial debut “Before We Go,” the Anna Kendrick-Jeremy Jordan musical “The Last 5 Years” and Ross Katz’s comedy “Adult Beginners,” which stars Nick Kroll, Rose Byrne and Bobby Cannavale.

Paramount wasn’t the only studio to throw its weight around. Lionsgate beat out several suitors for Bill Pohlad’s Beach Boys movie “Love and Mercy,” which drew strong notices for John Cusack and especially Paul Dano, who each play Brian Wilson at different points in the singer’s complicated life.

Several companies attempted to rebrand themselves in Toronto, with Millennium Entertainment picking up Mia Wasikowska’s period film “Madame Bovary” and Image Entertainment spending $3.5 million on Tom McCarthy’s whimsical comedy “The Cobbler,” which stars Adam Sandler but is not as commercial as the actor’s recent studio films.

Still, a star of Sandler’s caliber often guarantees a sale. Despite the presence of some subtitles and 13-year-old star, Samuel L. Jackson’s midnight madness movie “Big Game” was hunted down by EuropaCorp, while Sony Pictures Classics couldn’t forget Julianne Moore’s Alzheimer’s movie “Still Alice,” which may catapult the actress into this year’s Oscar race.

“I was surprised that ‘Big Game’ sold at the level it did,” said one industry observer who asked TheWrap for anonymity. “I heard it’s going out wide and that may be risky, but I don’t know much about EuropaCorp’s domestic strategy.”

With Toronto signaling the unofficial start of awards season, it was only natural that reaction to nearly every film was filtered through the lens of the Oscars and Golden Globes — not that it always helped.

“We committed to an awards campaign for ‘The Homesman’ when we bought it, so we’re pushing hard for Hilary Swank and Tommy Lee Jones this season. It would be difficult to buy another film with a Best Actress nominee because we’re already pushing one, so [the awards talk] is a bit of a deterrent.”

There was also a healthy appetite for documentaries in Toronto, as HBO acquired Nick Broomfield’s serial killer movie “Tales of the Grim Sleeper,” while Magnolia bought the base-jumping film “Sunshine Superman.”

Not only did studios load up on new product outside of the festival — witness Relativity’s acquisitions of “The Woman in Black 2” and the Halle Berry thriller “Kidnap” — but studios also brought their upcoming wares.

A24 scared up good buzz for Kevin Smith’s “Tusk” while Sony Classics kept up the awards momentum for “Foxcatcher” and “Mr. Turner.”

Warner Bros. unveiled Robert Downey Jr.’s courtroom drama “The Judge” and the dysfunctional family comedy “This Is Where I Leave You,” while Sony evened the score with Denzel Washington’s “The Equalizer.”

Paramount threw a bash for Jason Reitman’s “Men, Women and Children,” though the fall film that garnered the best buzz was Focus’ “The Theory of Everything,” which drew rave reviews for Eddie Redmayne’s physically challenging turn as Stephen Hawking.