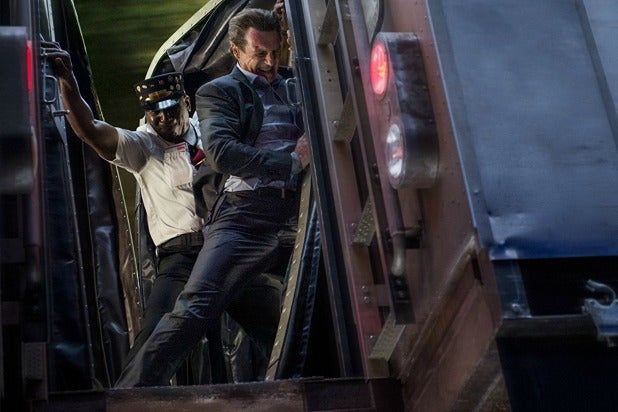 (Some spoilers for the new Liam Neeson film “The Commuter” are ahead.)

Brad Ross, the executive director of corporate communications for the Toronto Transit Commission, wrote a column in The Globe and Mail Thursday offering advice for how real-life commuters if they should they somehow find themselves participating in the plot of “The Commuter.” The advice is largely centered around the concept of “Don’t do the things that people in the movie did.” This is all in good fun, of course.

“The Commuter” involves a regular guy, played by Liam Neeson, being propositioned by some kind of criminal organization (repped by Vera Farmiga) to find an unknown passenger on the train before it reaches its last stop.

What results is the same kind of thing that always happens when Neeson teams up with director Jaume Collet-Sera: copious shenanigans, conspiracies and action.

Ross’ column is largely a list of things not to do in that specific sort of harrowing situation, with the highlight being this three-part bit of advice:

-If you somehow manage to climb under the train’s carriage from inside the car itself, then wow. Double wow if you’re 60, as Neeson’s character reminds us of on several occasions.
-If you live through that stunt, then do not attempt to roll out from between the tracks as the train passes over you. You will not survive.
-Congratulations, you have survived. Do not attempt, then, to jump back onto the moving train. Take a cab. Grab an Uber. Rent a bike. Thanks for riding.

Ross also manages to address a hot-button issue of the moment: sexual harassment.

“If, after all the gun play, bare-knuckle fights, sudden poker games and broken air conditioning (hot-car alert, TTC riders), a train crew member then flirts with you, inquiring about the seriousness of you and your boyfriend’s relationship, do call us so we can investigate this wildly inappropriate behaviour.”

You can read the full column in The Globe and Mail here. “The Commuter” is out now.