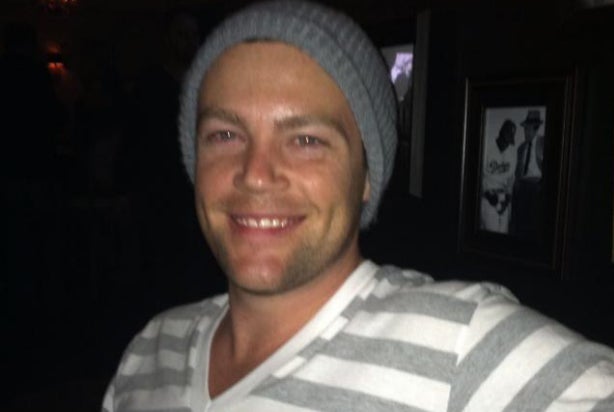 Update:
Stabbing suspect Alexander McDonald has been charged with one count of murder, two counts of attempted murder, and one count of torture, to which he pleaded not guilty at an arraignment Thursday in Los Angeles. Bail was initially set at $2 million and raised to $4.1 million.

No charges have been announced against the three deputies involved in the shooting, who are all longtime officers with the Sheriff’s Department. The deputies were removed from patrol after the shooting but were expected to return to full duty next week, according to officials.

Previous:
According to the Los Angeles County Sheriff’s Department, John Winkler, 30, a freelance production assistant for Comedy Central’s “Tosh.0,” was mistaken for stabbing suspect Alexander McDonald, 27, and was fatally shot on Monday night in West Hollywood. The incident happened when deputies responded to an “assault with a deadly weapon, man with a knife” call at an apartment complex. The suspect had been described as a thin, white male wearing a black shirt.

“As deputies continued attempts to contact the people in the apartment, the apartment door suddenly opened and a male victim came rushing out. He was covered in blood and bleeding profusely from the neck,” the Sheriff’s Department said in a press release.

Winkler followed, “lunging at the back” of the first victim, which led deputies to mistake him for the attacker.

“Believing Winkler was the assailant and the assault was ongoing and he would attack the entry team; three deputies fired their duty weapons at him. Victim Winkler was struck by the gunfire and fell to the floor, and the male victim also collapsed; struck once by the gunfire.”

Once inside the apartment, deputies found another male victim and McDonald fighting on the living-room floor, with McDonald choking the victim and tearing at his face, according to the Sheriff’s Department. “Deputies could see the victim was about to go unconscious and a large knife was on the floor near them,” the Sheriff’s Department said. Deputies then subdued McDonald, who was taken into custody without further incident.

Authorities described McDonald as a computer programmer who had no history of violent behavior or criminal history that they were aware of.

During a news conference Thursday evening, Interim Sheriff John Scott called the shooting a “tragic event.” He went on to say, “I have no doubt the entire Sheriff’s Department mourns the death of John Winkler.”

“We don’t know what caused his outburst,” Scott said about McDonald. “We don’t know if he was under the influence or having some kind of psychotic episode.”

Also read: Fox News Reporter Will Not Have to Testify in Aurora Shooting Case

According to the Sheriff’s Department, Winkler and a second victim were “hanging out” when McDonald — a roommate of one of the victims — climbed over the balcony into his own apartment. McDonald allegedly held Winkler and two other men captive at knifepoint before becoming enraged and stabbing and fighting with the men.

Comedy Central had no comment when contacted by TheWrap.