The first teaser trailer for “Transformers: Rise of the Beasts” has become one of the most-watched trailers ever.

The first look at the Steve Caple Jr.-directed sci-fi actioner earned 494 million global, cross-platform views in the first week, according to Paramount. That was well above the other big trailers released last Thursday (courtesy of CCXP), namely “Guardians of the Galaxy Vol. 3” (182 million) and “Indiana Jones and the Dial of Destiny” (77 million). 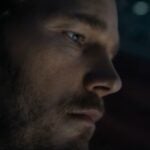 The trailer has been shared nearly 400,000 times to date, while the official TikTok post of the trailer from the ParamountPics TikTok account is the most-shared published in calendar year 2022 by any studio-wide or film-specific TikTok account. The closest runner-up is Universal’s “Jurassic World Dominion,” whose second trailer was shared 185,000 times thus far this year.

Trailer viewership measurement is not an exact science. Moreover, apples-to-apples comparisons are not always possible due to technology limitations of Instagram and Twitter or the newness of platforms like TikTok.

With the obvious caveat that trailer views don’t correlate 1-to-1 to eventual box office any more than does advance-ticket sales (recall that “Solo: A Star Wars Story” had better first-day ticket sales than “Black Panther”), this massive viewership sprint does show that there’s at least some casual curiosity in this newest attempt to expand what was once Paramount’s biggest franchise.

The first Michael Bay-directed “Transformers” films were game-changing box office hits in the late-2000’s/early 2010’s, temporarily sitting alongside the “Harry Potter” series, the “Pirates of the Caribbean” films, the “Shrek” franchise and the “Spider-Man” trilogy atop the franchise blockbuster tentpole mountain. 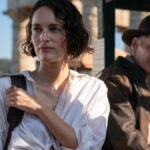 While domestic interest peaked with “Revenge of the Fallen” ($409 million in 2009) and “Dark of the Moon” ($355 million in 2011), 3D bumps for “Dark of the Moon” in 2011 and a shrewd bet on China with “Age of Extinction” (which set its entire third act in Hong Kong and featured Chinese government officials racing to the rescue) pushed those films over $1 billion worldwide.

Since then, it’s been an open question as to the overall IP value of the “Transformers” films versus the of-the-moment appeal of the Michael Bay-directed epics that provided bigger thrills, larger scale and a certain surreal vulgarity that audiences couldn’t get anywhere else.

If this first trailer drop is any indication, there’s some hope that absence has made the heart grow fonder, or perhaps that the “Beast Wars” iteration of the animated IP is popular enough in its own right to spur renewed interest. “Beast Wars: Transformers” ran from 1996 to 1999 and was one of the first CGI animated shows in network/syndicated television.

Set 300 years after the events of the initial “Transformers” animated show, the variation is credited with saving the “Transformers” IP and (thanks to strong writing meant to compete with “Batman: The Animated Series,” “Gargoyles” and “X-Men”) is often considered the best of the bunch. Audiences may not be exceptionally excited about yet-another “Transformers” movie, but they may very much desire a “Beast Wars” adaptation. 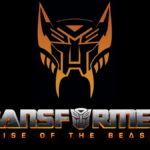 That may be aggressively optimistic, and online interest can be a very unreliable measuring tool for eventual general audience interest (see also: “Snakes on a Plane”). However, after the 2022 that Paramount has had with seemingly dead IP like “Scream,” “Jackass” and “Top Gun” (along with turning “Sonic the Hedgehog” into a successful new-to-cinema franchise), the resurgent studio may have earned the benefit of the doubt. Moreover, the use of this specific version of “Transformers,” a popular variation (especially among certain ages) shows the wisdom of emphasizing the specific over the abstract.

That may be enough to make something old seem very new when the Paramount/Hasbro production opens on June 9, 2023.