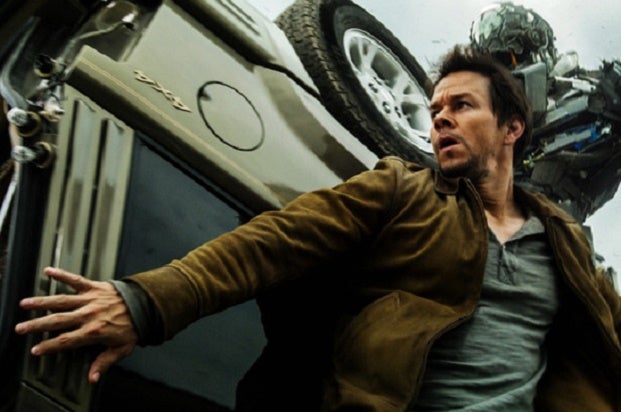 Even in its second week, “Transformers: Age of Extinction” was way too much for Melissa McCarthy’s comedy “Tammy” and two other wide openers at a feeble July 4 weekend box office.

Michael Bay‘s rampaging toy-bots became the first summer movie to hold onto the No. 1 spot at the box office, bringing in an estimated $53 million over the five days. “Tammy” took in a lackluster $32.9 million during the same period.

The overall holiday weekend was a major dud, down roughly 45 percent from last year when “Despicable Me 2” led the way with $143 million over the five days. With Independence Day falling on a Friday, fireworks stole potential moviegoers’ attention. And the lack of a tentpole movie opening hurt, too. The winning three-day total of $36.4 million for “Age of Extinction” was the lowest on a July 4 weekend since 1998, when Bay’s “Armageddon” copped the top spot with $36 million.

The weekend’s other wide openers — the horror movie “Deliver Us From Evil” and the low-budget family film “Earth to Echo,” wound up in third and sixth place, with $15 million and $13.5 million over the five days respectively. Holdovers “22 Jump Street” and “How to Train Your Dragon 2” were fourth and fifth.

From the start, the weekend didn’t feel like a fair fight and it wasn’t. “Age of Extinction,” which stars Mark Wahlberg and is one of only three Paramount releases this summer, cost well over $300 million to make and market and is a global blockbuster. It’s taken in nearly $175 million domestically and, with another $95.8 million overseas this weekend, it has made more than $400 million internationally in just 12 days. “Age of Extinction” held the No. 1 position in all 37 foreign markets in which it played.

The R-rated road trip comedy “Tammy,” which was produced by the comedienne and her husband Ben Falcone, cost around $20 million to make. The budget makes the soft $21.1 million three-day total, way under her recent hits “Identity Thief” ($34 million) and “The Heat” ($39 million), easier to swallow for distributor Warner Bros. But it’s still a disappointment. The studio had hoped “Tammy,” which marked Falcone’s directing debut and co-starred Susan Sarandon, would top $40 million for the long weekend.

Critics ripped the film — it’s at 26 percent on Rotten Tomatoes — and moviegoers weren’t much more impressed, giving it a weak “C+” CinemaScore grade.

Also read: ‘Tammy’ Reviews: Melissa McCarthy Swings for Another Hilarious Comedy – But Does She Miss?

The total for “Earth to Echo,” which brought in $8.2 million from Friday-Sunday, was in line with its modest expectations. The found-footage movie from Panay Films about kids finding a lost alien was acquired last year by Relativity for $13 million from Disney.

Its CinemaScore was an “A-,” offering hope for some long-term playability in a summer short on family fare. Dave Green made his directorial debut on “Earth to Echo,” which stars Teo Halm, Brian Bradley, Reese Hartwig and Ella Linnea Wahlestedt.

The fact that Sony Screen Gems’ “Deliver Us From Evil” was the summer’s first horror film didn’t make much difference in what’s been a tough year for the genre. Last summer, “The Conjuring” and “The Purge” were counter-programming hits, but there hasn’t even been a horror movie released wide since “Oculus” in April.

The $30 million tale of a New York cop (Eric Bana) who teams with a renegade priest (Edgar Ramirez) to fight demonic possessions drew the right crowd — split evenly on both male-female and over-under 25 years of age — it just wasn’t big enough.

The Dinesh d’Souza documentary “America,” a followup to the 2012 breakout hit “2016: Obama’s America,” finished just out of the top ten with $2.7 million from Friday-Sunday and roughly $4 million over the five days. Its biggest day was Independence Day, when it took more than $1 million. It was playing on 1,105 theaters.

“America,” which was co-directed by John Sullivan and produced by Gerald R. Molen (“Schindler’s List,” “Jurassic Park”), received an “A+” CinemaScore from first-night moviegoers.